Bulgarian PM: I Dislike My Too Kind Personality 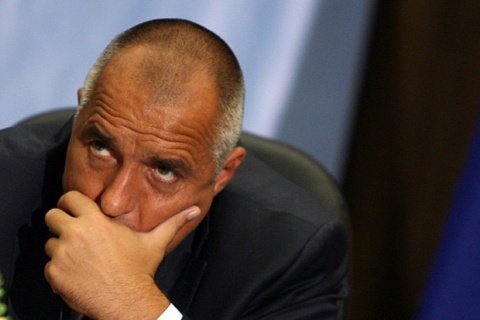 The retirement reform should have been implemented even earlier, in 2010, Bulgaria's Prime Minister, Boyko Borisov, believes.

Borisov spoke Wednesday in an interview for Nova TV, where Darik radio's program director, Konstantin Valkov was a guest host.

The recent decisions of the Parliament and the government to increase both the retirement age for all work categories beginning January 01, 2012 and the work experience required to make police and military personnel eligible for retirement stirred labor unions and workers discontent.

"The parameters in 2010 were different, we could then reach agreement with the syndicates easily. I am convinced that what we do now is of benefit for Bulgaria, but the results would not be seen before 2016," Borisov stated in the interview.

He further commented that President-elect, Rosen Plevneliev, who ran on the ballot of the PM's ruling Citizens for European Development of Bulgaria party, GERB, will be very successful in office as someone dealing with issues in depth, rather than being authoritarian.

Below are some of Borisov's answers:

His main character trait – being serious.

His biggest fear now – the crisis.

His character trait his dislikes the most – being too kind.

The greatest indulgence – at the age of 52 to beat in football clubs such as Levski and CSKA.

What he regretted the most about 2011 – that the retirement reform had not been started in 2010.

What would he be doing if he had a choice – remain Chief Secretary of the Interior Ministry.

"I never wanted a political career; I wanted to be Chief Secretary, but the cabinet of the Three-Way Coalition chased me away," he elaborated.

Mistakes he would forgive – those committed unintentionally.

A talent he wished he had – to be a polyglot which is a huge advantage.

The military action he admired the most – the wars of Bulgaria's Tsar Kaloyan.