Another Multiplex? No, Just Eyewash! 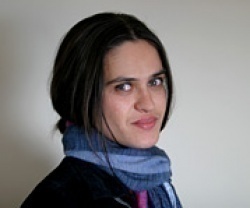 Well, it is finally official – Bulgaria will hold a contest for yet another, its seventh, multiplex - a bundle, which groups digital TV and radio stations and transmits the signal.

An amendment to this effect was tabled and adopted, quite on the sly, by the ruling majority in parliament in the last days of 2011. Only to go nearly unnoticed, overshadowed by the new rules for mobile operators, the government's end-of the year recapitulation and of course the inevitable holiday commotion.

There would not have been anything unusual in that fact if the rulers' stealthy move was not an obvious attempt to trick Brussels out of taking legal actions against the country and slapping it a hefty fine.

The European Commission launched in May 2011 an infringement procedure following conflicting requirements for the eligible bidders in the mux contests, which drove away Austria's Oesterreichischer Rundfunksender GmbH & Co KG (ORS).

Here is a short timeline of Bulgaria's multiplex saga:

1. The previous Socialist-led ruling coalition awarded in 2009 licences for the first two national multiplexes to Latvia's Hannu Pro and Slovakia's Towercom. Austria's ORS also participated in the contests, but was forced to drop out because it is a major shareholder in the Austrian national television ORF.

2. After the center-right government of Boyko Borisov came into office, the Bulgarian communications watchdog picked Latvia-based Hannu Pro to operate what will be the country's public service DTT multiplex, which will distribute the digital programs of the national state-owned television BNT and radio BNR.

3. Last year Cyprus-based international financial investor Mancelord Limited acquired a 50% stake in Bulgaria's radio and television broadcasting unit NURTS, which covers nearly all of the country with its network of radio and television broadcasting services. Mancelord Limited is represented in Bulgaria by Bromak Ltd., majority shareholder in Bulgaria's Corporate Commercial Bank Ltd. Bromak also holds a stake in the media group of mogul Irena Krasteva, who is believed to be funded by Corporate Commercial Bank.

Brussels is expected to deliver its verdict on the unusual situation until the end of the year, but it may also delay it until the next review of infringement procedures in January. Should it find evidence for concern, the EU executive will bring the case to the Luxembourg-based European Union Court of Justice, demanding that the deals, clinched in 2009 by Latvia-based Hannu Pro and Slovakia's Towercom, be declared void.

Unless Bulgarian authorities convince the court that they have done their best to secure fair and legal tenders and the judges rule in favor of Bulgaria, the country will be forced to pay hefty fines, worth up to EUR 200.000 per day.

To cut a long story short, the European Commission has been irked by the shady deals and now Sofia has hurriedly adopted legal changes to clean up its record.

The new procedure however is just an attempt to throw dust in the eyes of Brussels officials.

The seventh multiplex will be a collection of frequencies that are, to put it mildly, inadequate. In addition, the holder will be in a much more disadvantaged position than Hannu Pro and Towercom, which have already grabbed the lion's share of the market.

The government boasts that the new amendments will allow companies such as Austria's ORS, which have TV channels outside Bulgaria, to participate in the new DTT contest.

But here is the catch.

These very same amendments say that the analogue switch-off in Bulgaria will be introduced on September 1, 2013. Interestingly they also oblige the communications watchdog to prepare the package of documents for the new contest not before, but after that date!

The contest itself will be organized in 2014, until when the government will splurge BGN 150 M on freeing frequencies currently held by the military.

Thus the holder of the licence for the new multiplex will not be just in a disadvantaged position in comparison with the other players on the market. It may be doomed to provoke no interest and attract no bidders.

But who cares? The goal is to mislead Brussels and avoid the fine, isn't' it?