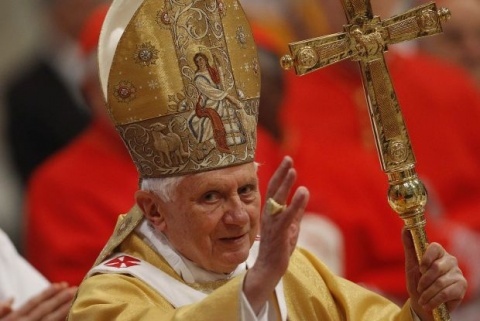 During the Christmas Eve mass Saturday evening, the Pope had argued against what he saw as "the commercialization of Christmas."

He called on mankind to "look beyond the superficial glitter" of the holiday and to rediscover the true meaning of Chrirstmas, the birth of our Savior.

The solemn mass has started two weeks of intensive public appearances by Pope Benedict XVI, marking the end of the year and beginning of 2012.