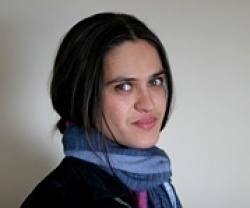 Dictionaries say "faith" means firm belief in something for which there is no proof.

Dictionaries say that complete and unquestioning trust is institutionalized by the religion and the official church.

I say religion that is plagued by wrangling, greed and dirty dealings is nothing but an abuse to faith.

This is what we, Bulgarians, witnessed days before Christmas as legislation, which requires that the secret service files of the clergy are made public, came to the forefront.

Bulgarians also witnessed the desperate efforts of the Holy Synod to evade the law. The looming threat of having their dirty linens in public bared naked the devil in the soul of Bulgaria's clergymen.

They, always preaching peace and understanding, suddenly went on the defensive. The Bulgarian Orthodox Church is not a religious community but a denomination, the Holy Synod explained on Sunday in an obvious bid to steer clear of the law's rules.

Not even a trace of repentance. Just a desperate attempt to prevent the dirty revelations and the likely retaliation from society. A fierce opposition, which shows there are deadly sins to hide.

Do Bulgaria's so-called spiritual leaders deserve to drink the bitter chalice of their secret services passions, down to the dregs?

Yes. Even though we all know that everybody who is somebody in Bulgaria has once served the former state security service.

Is it an oversimplification to lament the Bulgarian church's refusal to leave the shadows of an ignominious past?

No. Even though hopelessly late, the release of the secret files of the clergy will have a cleansing effect on Bulgaria's painful past and equally painful present.

The communist era from the recent past was a period of great persecution for the religious people in Bulgaria, turbulent times when religion officially did not exist and the entry into churches was banned.

Nowadays, plagued by wrangling and greed, Bulgaria's Orthodox church has been greatly discredited, leaving Christian believers nothing but disturbed.

The church has been turned into a private company, the clergymen – into businessmen.

The totalitarian regime exacted its toll and stained the soul of both laymen and cleargymen. Especially if the latest curried favor with the state security

Today's regime, spearheaded by mafia bosses turned businessmen, exacts its toll and stains the soul too. Especially when the businessmen are wearing the cassock.