Bulgarian Movie Tilt with Glorious Reviews in US 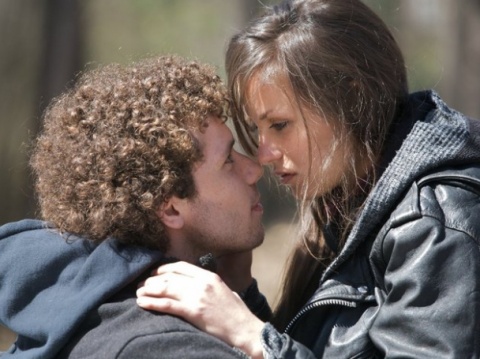 In "Tilt," young actors Yavor Baharoff and Radina Kardzhilova portray a version of the Romeo-and-Juliet tale set in post-Communist Bulgaria, immediately after the fall of the Berlin Wall. File photo

The campaign to promote the movie "Tilt," which is Bulgaria's nomination for the Oscars in the foreign film category is going on full force in the US.

In the last several weeks "Tilt" producers have been in the US to work on the promotion, the Bulgarian "Standard" daily reports.

Brothers Chuckov have organized a number of screenings, meetings with media and filmmakers to present their film.

"This is the only way to make the short list, because currently the most important thing is to become noticed," Borislav Chuchkov is quoted saying.

Reviews in the US media have been overwhelmingly positive.

"Variety" writes that ""Tilt" reps a strong debut for Victor Chuchkov," while "Hollywood Reporter" notes: "Two years ago Bulgaria made its first foray into the Oscar race when The World Is Big and Salvation Lurks Around the Corner was named to the shortlist of nine semi-finalists for best foreign language film...This year's Bulgarian entry, Tilt, may be an even stronger film, though it's probably too downbeat to make much headway in the marketplace."

Full text of the "Hollywood Reporter" can be found HERE.

"Tilt", which marks the debut of director Viktor Chuchkov Jr. and producer Borislav Chuchkov, was screened on October 2 in Los Angeles to an audience of many local journalists and some members of the jury, which will pick the nominations for the prestigious film prize.

Following its hugely successful official premiere in Bulgaria on February 11, 2011, which sent it straight to the top of the box office list, the movie has already been screened at 10 international film festivals with nine more ahead. The list features the festivals in Santa Barbara, Gothenburg, Montreal, Singapore, Raindance (London), Woodstock.

It has received the Raindance "Best Debut Feature" award and the James Lyons award at Woodstock.