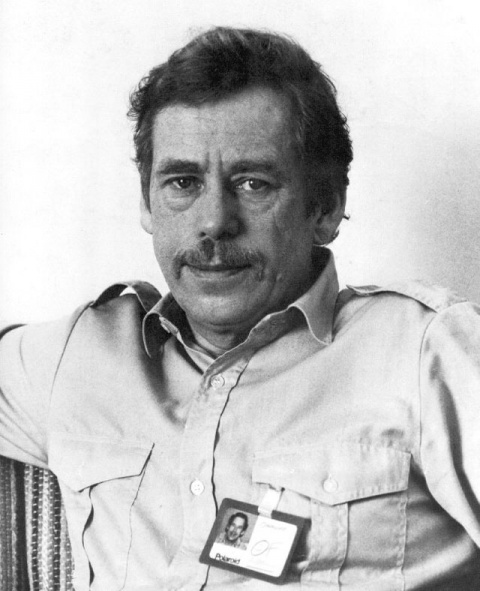 Czech playwright, dissident, and President Vaclav Havel rose to fame in the 1960s and 1970s. He passed away at age 75 on December 18, 2011. Photo from praguecityline.com

The former President of Czechoslovakia and one of the most well known dissidents in Eastern Europe Vaclav Havel has passed away.

Havel, a Czech playwright, essayist, poet, dissident and politician, has died at the age of 75.

V?clav Havel, who was born in Prague in 1936, became a respected playwright in the 1960s before he became a leader of Czechoslovakia's anti-communist opposition.

He spent some five years in communist prisons. Havel first came to international fame as a dissident playwright in the 1970s through his involvement with the human rights manifesto Charter 77.

He was elected the country's president in the wake of the Velvet revolution in December 1989, and the president of the Czech Republic in 1993, a post he held for ten years.

Havel was his country's first democratically elected president after the nonviolent "Velvet Revolution" that ended four decades of repression by the Soviet-imposed communist regime.

As president, he oversaw the country's transition to democracy and a free-market economy, as well its peaceful 1993 breakup into the Czech Republic and Slovakia.

He has written over twenty plays and numerous non-fiction works, translated internationally.

Havel has received the US Presidential Medal of Freedom, the Philadelphia Liberty Medal, the Order of Canada, the freedom medal of the Four Freedoms Award, and the Ambassador of Conscience Award and several other distinctions.

He was also voted 4th in Prospect magazine's 2005 global poll of the world's top 100 intellectuals. He is a founding signatory of the Prague Declaration on European Conscience and Communism.

Havel is known as one of the most famous dissidents in the communist countries in Eastern Europe since before the suppression of the Prague Spring in 1968 by the Warsaw Pact invasion of Czechoslovakia.