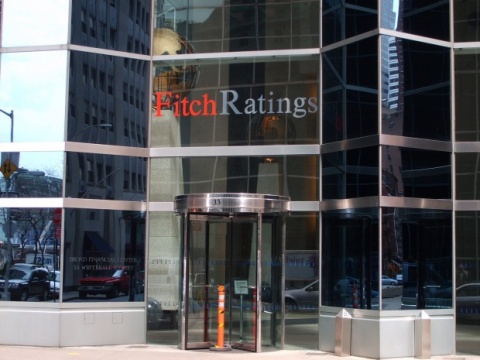 International credit rating agency Fitch lowered the outlook for Bulgaria's credit rating from positive to stable, it was announced Tuesday.

Bulgaria's credit ratings, according to Fitch, however stay the same - at BBB- for foreign currency and BBB for domestic currency.

The revision is a part of a Fitch campaign to revise its ratings for the region of Central and Eastern Europe where it expects economies to suffer a slow down due to problematic growth in the EU.

According to the report, the geographical structure of Bulgaria's trade give its some degree of protection, given that 25% of Bulgarian exports are to Turkey and the country has significant trade with other non-EU CEE countries, such as Serbia and Croatia.

Fitch however expects those countries to be also hit by a slowing down of the eurozone in 2012, which is expected to create a secondary negative effect for Bulgaria.

The credit rating agency further considers that a target of 1.5% deficit in Bulgaria's state budget for 2012 is well set, but warns that revenue might be harder to collect next year.

The credit outlooks of the Czech Republic, Latvia and Lithuania have also been downgraded from positive to stable.

In its latest Global Economic Outlook, Fitch revised down its forecast for 2012 eurozone GDP growth to just 0.4%, from 0.8% in October version of the GEO and from 1.8% in the June GEO.