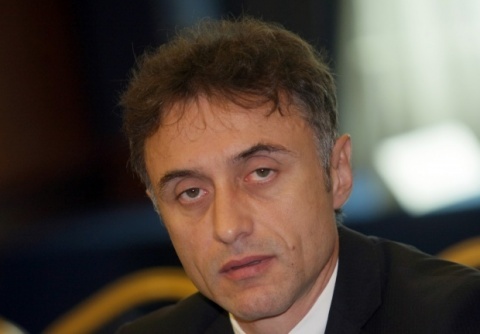 The strike at BDZ has turned to terror, exercised by a handful of individuals on the entire Bulgarian society according to the Director of the Holding's Board, Vladimir Vladimirov. Photo by BGNES

Talks between syndicates and the management of Passenger Services at the troubled Bulgarian State-owned Railways BDZ Holding have ended wirt another deadlock Tuesday.

It was reported earlier during the day that an agreement had been reached with the management of Freight Transport.

The Chair of the BDZ Board of Directors, Vladimir Vladimirov, announced that there is no agreement yet on any clauses, including labor union privileges such as paid business trips abroad, except the June 2012 introduction of a bonus system, based on job performance.

"By 3:30 pm there were 121 workers on strike – this is ludicrous – this is not a strike, but a terror exercised by a handful of individuals on the entire Bulgarian society, Vladimirov says, stressing that nearly 1 000 workers have already agreed to take 6 salaries and leave on their own. He further informed the strike has ended in Ruse and Dupnitsa and it will end at a number of other locations Wednesday.

Transport Minister, Ivaylo Moskovski, stated earlier that the reform in BDZ is related mainly to the optimization of passenger transport, but the current volumes were not needed. He explained that over EUR 1.2 B from the EU Transport operational program will be invested in railroad infrastructure and then new cars will be purchased. According to him, Freight Transport will be privatized as the only way to attract fresh capital at BDZ.

Moskovski pointed out that staff at BDZ must be optimized as well, saying that now 1 km of railroad infrastructure is maintained by 4.3 people and this must go down to the EU average of 2.5.

The Minister was firm the reform must be implemented because without it BDZ is doomed to extinction.

The labor unions staged an effective, mass, termless strike after the November notice of the management of the heavily indebted state-owned railway company BDZ Holding that it intended to lay off 2 000 workers, and reduce the number of trains in operation by 150 (later scaled down to 138) by January 2012.

The strike began on November 24 and was in its 20th day Tuesday.