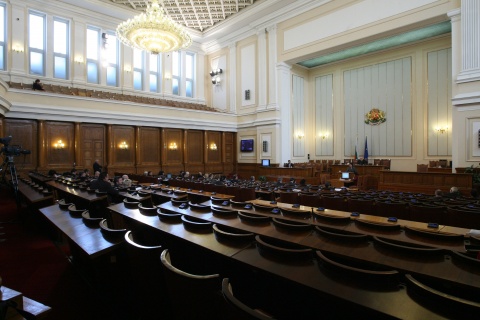 The Bulgarian Parliament voted to up retirement age in the country Thursday, after it failed to do so in a prior tortured sitting that lasted until midnight Wednesday.

Of 135 MPs (out of 240 total) voting, 82 were for, 51 against, and 2 abstained. The bill was supported by ruling GERB and independent MPs, while all other political groups were against or abstained.

According to the legislative amendment, the retirement age will be risen starting January 1, 2012 with 4 months each year for 3 years, until it reaches 63 years for women and 65 years for men.

Opposition MPs argued that the reform is not well thought out, not strategically planned, and breaches earlier commitments by PM Boyko Borisov's cabinet not to up the retirement age until 2021. The same grievances provoked a nationwide protest by trade unions last Wednesday.

Opposition MPs also argued that ruling center right GERB party abuses Parliament by calling extraordinary sittings of exceptionally long duration to catch up with work, as it went on holiday for Bulgaria's October 23 - October 30 presidential and municipal elections and the campaign before them.

The Bulgarian Parliament has embarked on second reading votes for legislation relating to the draft state budget for 2012, including social security, healthcare and tax laws.

The second reading of the draft law for the Bulgarian state budget 2012 is on the agenda for later on Thursday.