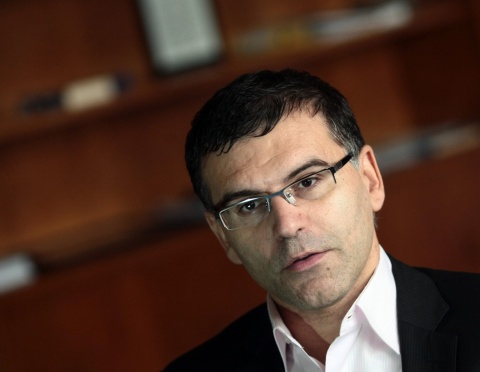 The decision has been approved by the Cabinet.

Bulgaria will seek a termination of the trilateral intergovernmental agreement by mutual consent and if the request is rejected, it will pull out of the oil pipeline project in 12 months, as one of the clauses of the contract stipulates, Djankov explained.

"There is no threat of sanctions, we have been working for over a year with international companies and law offices, there is no chance that Bulgaria will incur sanctions," Djankov declared.

The Cabinet's decision was taken in response to the conclusions reached during the first stage of the work of the international project company.

According to the analyses of the Burgas-Alexandroupolis oil pipeline, it cannot be implemented under the terms of the 2007 agreement, Djankov explained.

He added that the letters that would be sent to the Russian and the Greek governments, as well as to the other shareholders in Trans Balkan Pipeline, had also been approved during Wednesday's meeting.

Djankov voiced hopes that the decision of the Bulgarian government would be received well by the other participants in the joint venture company.

Ever since the center-right government of Bulgarian Prime Minister Boyko Borisov took office in the summer of 2009, it has been balking at the construction of the Burgas-Alexandroupolis oil pipeline, which had been promoted vigorously by the formed Socialist-led Stanishev Cabinet and the Socialist President of Bulgaria, Georgi Parvanov. It has also been met with staunch resistance along Bulgaria's southern Black Sea coast over environmental concerns.

In September, Russian oil pipeline monopoly Transneft said it will freeze the construction of the troubled Burgas-Alexandroupolis project, which has been largely obstructed by Bulgaria's government in the past 2 years.

The 280-km pipeline, planned to link the Black Sea port of Burgas to Alexandroupolis on the Aegean Sea, is designed to transport 35 million tons of oil a year, with a possible expansion to 50 million tons, to ease the tanker traffic burden in the Bosphorus and the Dardanelles straits.

Transneft does not rule out finding a route bypassing Bulgaria to deliver Russian oil through Greece to the Mediterranean, Transneft head Nikolai Tokarev said in June 2011.

In the summer of 2010, Borisov said that Sofia has no money to participate in the construction of the pipeline. Later Sofia has agreed to pay EUR 4.88 M as a contribution to the project company, Trans-Balkan Pipeline. The Bulgarian authorities, however, have made the construction of the pipeline conditional on complex environmental assessment procedures.

In November 2010, the Bulgarian Environment Ministry said the environmental impact assessment of the Burgas-Alexandroupolis oil pipeline is inadequate and needs to be reworked; the ultimate decision about whether Bulgarian will take part in the project has been put off for 2011. Bulgarian Prime Minister Borisov, however, has written off the project on a number of occasions, declaring that there is no way the ultimate environmental assessment would be positive.

In December last year, Greece's Deputy Prime Minister Theodoros Pangalos was especially critical of Bulgaria as regards the issue of the construction of the Burgas-Alexandroupolis pipeline claiming that the rightist governments in Bulgaria in the past 15 years – including the current Borisov government – have served American interests by blocking the progress of the oil pipeline. Greece has been a strong proponent of the pipe.

Russian Prime Minister Putin and Energy Minister Shmatko have generally expressed "understanding" for the "environmental concerns" of the Bulgarian state but have also insisted on the realization of the project.

Bulgaria, Greece and Russia agreed to build the pipeline between Burgas and Alexandroupolis, taking Caspian oil to the Mediterranean skirting the congested Bosphorus, in 2007 after more than a decade of intermittent talks.

The agreement for the company which will construct the Burgas-Alexandroupolis oil transit pipeline was signed by Bulgaria during Russian President Putin's visit to Bulgaria in 2008.

The 280-km pipeline, with 166 km passing through Bulgaria, would have an initial annual capacity of 35 million tons of crude oil, which could be later expanded to 50 million tons. Its costs are estimated at up to USD 1.5 B, up from initial estimates at USD 900 M.

The Trans-Balkan Pipeline company, which is in charge of the construction and subsequent operation of the future pipeline, and is headquartered in the Netherlands, was set up in 2008.

The Russian participant in the project, Pipeline Consortium Burgas-Alexandroupolis Ltd, has a share of 51%. It was founded jointly by three companies: AK Transneft (33.34%), NK Rosneft (33.33%), and Gazrpom Neft (33.33%).

The Bulgarian Joint stock company "Project Company Oil Pipeline Burgas-Alexandroupolis – BG" AD has a share of 24.5%. It was initially founded as jointly by two state companies, Bulgargaz (50%) and Technoexportstroy (50%) but was transferred in full to the Finance Ministry in February 2010.

The Greek participants are Helpe Thraki AE with 23.5% and the Greek government with 1%. The Helpe-Thraki AE was founded jointly by "Hellenic Petroleum" (25%) and "Thraki" (75%).

Three Bulgarian Black Sea municipalities - Burgas, Pomorie, and Sozopol - have voted against the pipe in local referendums over environmental concerns.

Municipalities neighboring Pomorie and nearby Burgas are also harboring fears that the pipeline could damage their lucrative tourism business, while environmental NGOs have branded the existing plans to build an oil terminal out at sea a disaster waiting to happen.