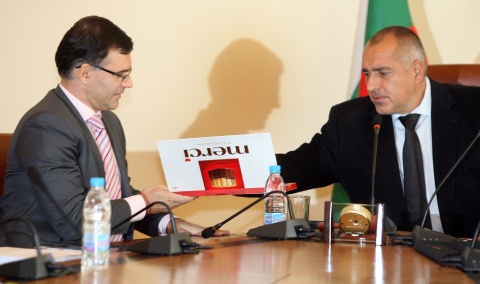 The Bulgarian Parliament will vote on second reading Wednesday and Thursday legislation relating to Bulgaria's state budget for 2012.

In a budgeting procedure that is exceptionally late in the year even for Bulgarian standards, Parliament will vote Wednesday amendments to tax legislation, and on Wednesday the draft state budget for 2012.

Controversial legislation regarding health and social security budgets for 2012 are also set for a second reading vote Wednesday, while equally controversial amendments to the Labor Code are scheduled for later on.

Bulgaria's center-right GERB cabinet ran by PM Boyko Borisov has proposed austerity measures that have provoked criticisms from the political opposition, trade unions and sectors of the economy alike.

Key among them are an upping of the retirement age starting next year, and a cutting down on subsidies for farmers.

Both trade unions and farmers have staged nationwide protests not so much against the moves, as against the breach of prior agreements signed by represntatives of the Borisov cabinet that such measures are not imminent.

The framework for the draft budget for 2012 was announced by the Borisov cabinet just after the first round of presidential and municipal elections in Bulgaria October 23.

Prior to that, the Bulgarian government had agreed with trade unions not to up the retirement age before 2021, and had signed an agreement with representatives of farmers regarding much larger subsidies than those stipulated in the draft budget 2012.