Kosovo Defense Min: Serbs Need to Be Integrated in Kosovo 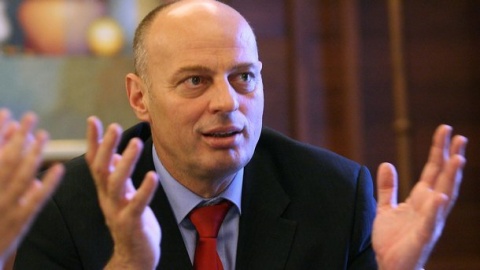 Serbs have not learned from their historical mistakes and keep on repeating them, said Kosovo Minister of Defense Agim Ceku, referring to tensions along the Northern Kosovo border.

Speaking in an interview broadcasted by the Bulgarian National Radio Saturday morning, Ceku said that ethnic Serbs in Northern Kosovo need to look for opportunities that the Pristina government gives them to become integrated citizens of Kosovo.

"Serbs have not learned from their mistakes in the past. They are now using the same methods they used in Croatia back in the early 1990s, setting blockades on roads," said the Kosovo Defense Minister and ex-PM.

"It is time for openness and dialogue, while Serbs are blockading themselves from Kosovo and from the international community," added Ceku.

At the same time, late on Friday Serbian and Kosovar authorities reached an agreement to impose a joint monitoring of their common border in Northern Kosovo.

It remains to be seen whether ethnic Serbs in Northern Kosovo will follow up on calls to lift the road blockades to ensure the implementation of the plan.

In his Bulgarian National Radio interview Agim Ceku stressed that the citizens of Kosovo and Serbia have common goals - the EU integration of their countries.

He further dismissed as futile all speculations about an ethnic division of the territory of Kosovo, recalling that ethnic Serbs live not only in Northern Kosovo, but also in the central and southern parts, where many Serbian sites of historic significance are also located.

"What is at stake is not persisting in ethnic divisions, but rather creating conditions for a dignified life for every citizen of our societies," stressed Ceku.