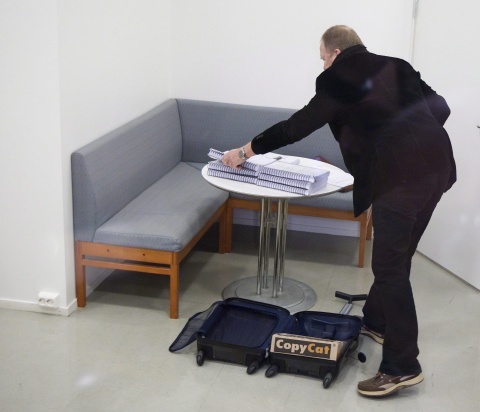 The court-appointed expert in the Breivik-case, psychiatrist Torgeir Husby delivers his psychiatric evaluation of Anders Behring Breivik to the District Court in Oslo November 29 2011. EPA/BGNES

Andsers Behring Breivik, the Norwegian man who shocked the world with the horrifying murder of 77 people in July, has been declared insane by psychiatrists Torgeir Husby and Synne Sorheim

On Tuesday, the two psychiatrists submitted a report to an Oslo court on the mental state of the gunman who perpetrated the twin attacks in Oslo and the island of Utoeya. The court is expected to accept their conclusion.

According to the experts, there was no doubt that Breivik could not be held accountable for his actions, VG Nett reports.

Arne Seland, a lawyer for the victims, believes that the murderer will not be satisfied with the psychiatrists' conclusion.

"To be defined insane is the worst Breivik could wish. That makes him just a madman talking from the tribune," the lawyer pointed out on Monday, as cited by Dagbladet.

The 32-year-old right-wing extremist has been in custody since the 22 July attacks in Oslo and at a youth camp on the island of Utoeya.