Putin's Russia Wants to Suck Bulgaria Into Its 'Eurasian Union' 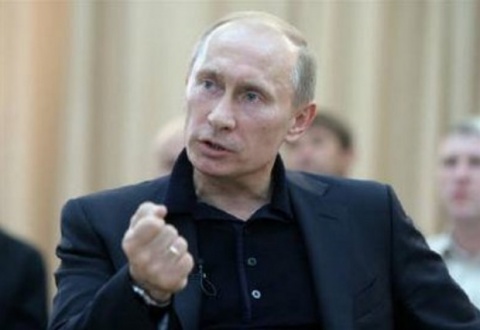 Photo from The Moscow Times

Bulgaria should be one of the countries in Eastern Europe to be "invited" to "join" the future Eurasian Union, a brainchild of Russian leader Vladimir Putin, according to Russian politicians and political scientists.

The creation of a new intergovernmental community of states out of the ruins of the Soviet Union in the form of an Eurasian Union was announced by current Russian PM and former and future President of Russia Putin in an article in the Moscow daily Izvestia in October 2011.

In addition to former Soviet Republics, the Russian Federation should seek to attract a number of other states to the new formation, including Bulgaria, according to the participants in a round table in Moscow of the ruling party United Russia, BTA reported citing the Russian press.

According to Putin's idea the new alliance is to be based on the Common Economic Space between Russia, Belarus, and Kazakhstan kicking off on January 1, 2011, reminded Russian political scientist Dmitry Orlov, as cited by the Kommersant daily.

"However, modernization goals require that Russia gets united with more than just the former Soviet republics that are part of the Commonwealth of Independent States today but also with states that are loyal to the Russian economic interests: Finland, Hungary, the Czech Republic, Vietnam, Bulgaria, Cuba, and Venezuela," Orlov is quoted as saying.

The officials of United Russia have not surveyed the enumerated countries and their willingness to enter Putin's Eurasian Union, the paper points out.

"The tools and historical arguments are available to create the big project for an Eurasian Union that can unite 250 million people," the head of the Russian State Duma (Parliament) Boris Gryzlov argued in turn.

His arguments in favor of Putin's project include the "common history of the nations" from the post Soviet space, while the tools he mentioned are the Russian language as a lingua franca and economic cooperation.

He added that the future entity is supposed to be a "union of sovereign states" rather than a unified state.

"The EU will not open its doors for Russia in the near future, and it would not want to join NATO. At the same time, however, the world is going to be developing within integration groups, and the future Eurasian Union is something that is natural for Russia," a Russian TV host and journalists, Aleksey Pushkov, is quoted as saying.

"The Eurasian Union should bring together not so much the territories but the peoples and citizens into a unified state body," declared in turn at the United Russia round table Dmitry Rogozin, Russia's notorious Ambassador to NATO, who is known for describing Bulgaria as "Russia's Trojan Horse in the EU" back in 2008.

Rogozin has argued that Moscow should pay greater attention to the applications of 20 000 Kosovo Serbs for Russian citizens. He has also reminded his idea that the Russian language should be recognized as an official EU language. One million signatures from seven EU states are needed in order to petition for that, the Kommersant daily points out.

The participants in the United Russia party round table have not worked on specific measures for the formation of the proposed "Eurasian Union."

"And whoever doubts that we will create a new union is just a fool," Kunakunov himself has added.