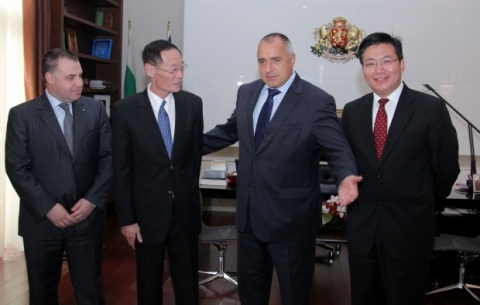 The Chinese company has rented 20 000 decares of land in Bulgaria's Northwestern (Severozapaden) Region – the poorest NUTS 2 region in the EU – to produce corn, forage, and sunflower.

All of the agricultural produce will be exported to the People's Republic of China. The plots in question are located in the Boynitsa Municipality, Vidin District, which according to Eurostat data has about the lowest GDP per capita in the European Union.

"Bulgaria has made an important first step in the realization of joint projects with China. We have the potential and resources to develop eco agriculture as well," Bulgarian Prime Minister stated upon receiving the Chinese officials, stressing that Bulgaria has the lowest taxes in the EU, and a stable investment environment.

Thus, in the medium run, its investment in Bulgaria is expected to reach EUR 30 M.

"With this project that we are starting in the Boynitsa Municipality we are demonstrating the interest of the People's Republic of China in cooperating with Bulgaria," China's Deputy Agriculture Minister Gao Honbin declared.

The governments of Bulgaria and China are mulling a bilateral agreement for phytosanitary permits for agricultural exports, the government press service said.