Bulgarian Roma 'Tsar' May Depart from Katunitsa if He Gets 'Compensation' 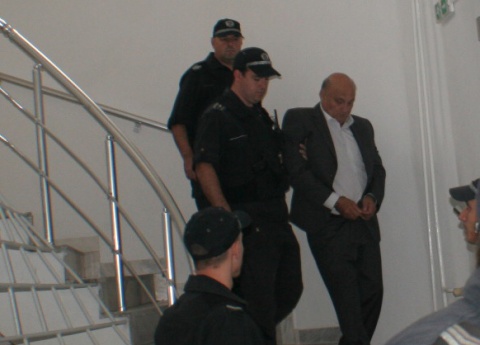 According to the lawyer of notorious Roma clan boss Kiril Rashkov, his client is ready to leave the village of Katunitsa, provided that the state compensates him for the losses. Photo by BGNES

Kiril Rashkov, aka Tsar Kiro, is ready to leave the village of Katunitsa provided that the state agrees to evaluate and compensate him for his properties there, according to Vasil Markov, lawyer of the Bulgarian Roma boss.

In a Wednesday interview for private TV channel bTV, Rashkov' defender said that his 69-year client, who had undergone a quadruple heart bypass and had suffered three heart attacks, was seriously ill and was being given insulin injections.

"Getting imprisoned at an age of 69-70 is something I would not wish on anybody", Markov stated.

He specified that the Rashkov family had not filed any lawsuits yet.

"All in all, we live in a state of law. Pre-trial proceedings have been opened at the Asenovgrad Regional Prosecutor's Office over damage to property and arson. Once the investigation authorities have done their job, it is only normal that the family will file lawsuits. Naming a value of the lawsuits at this stage would be pure guesswork," the lawyer explained.

Markov went on to offer the Roma clan's condolences to the families of the two dead boys and voiced their gratitude towards the police for their intervention in the unrest.

"In this regard, I would like to put an end to the media's preoccupation with allegations that Kiril Rashkov is suing Katunitsa or the state. He is very sorry about the boy who died", the lawyer pointed out.

While expressing understanding for the reaction of the residents of Katunitsa, Markov noted that Bulgaria was a state of law and that nothing could stop the Rashkovi family from living wherever they wished to.

"Only after the court has ruled that their properties are illegal can the demolition start," Markov announced.

On November 06 it was announced that Angel Rashkov, son of Kiril Rashkov, would file a claim for attempted murder against ethnic Bulgarian residents of the Katunitsa village.

Earlier in the week, Rashkov-junior, together with his mother, visited family property in the village, upon which they were assaulted by Katunitsa residents who reportedly threw stones at them and wounded them.

The villagers of Katunitsa grew impatient with the Roma clan after the murder of a 19-year-old youth.

On September 23, a van driven by Roma people controlled by Rashkov-father, aka Tsar Kiro, ran down and killed 19-year-old ethnic Bulgarian Angel Petrov.

This provoked the ire of villagers and people across Bulgaria. Throngs gathered in front of the Rashkov estate in Katunitsa and set them aflame in front of a largely inactive police who had beforehand evacuated the family.

The events sparkled nationwide protests, including in nearby Plovdiv and capital Sofia, against what some saw as the inaction of the state against bosses in the organized crime world. Rallies however quickly took on racist anti-Roma overtones.

Residents of the southern Bulgarian village have since then insisted that the Roma family be forced to move out.