Enjoy Bulgaria While It Lasts 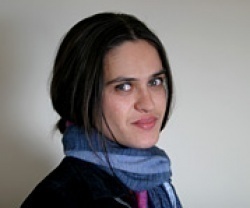 Surveys about Bulgaria's gloomy demographics - we have a surfeit of them. Recently however it emerged that the youngest member of the European Union has the most grey-haired demographic picture not only in the bloc, but in the whole world!

What does the headlong fall in Bulgaria's demography mean in economic terms? How bad are the troubled times that Bulgaria faces ahead?

The number of working Bulgarians is by one third below the number of pensioners, who steadily exceed the number of babies born. The burden on the social security system is getting heavier, experts say, but fail to provide solutions to the problems that this will trigger. The state may force people to retire a few years later, but this will hardly make up for the shortage of young workers. The social security system, in its turn, will fail to take care of the increasing numbers of pensioners.

The dynamics in demography has been the same for quite a time already and the figures are hardly debated in Bulgaria. And even if they were debated, it is unlikely that Bulgarians would start making babies because of statistics. At least as long as they live amid the debris of a free falling economy.

Yes, Bulgaria's economy is free falling and it is only a question of time for it to translate into a heavily stratified society.

The model could eventually – heaven forbid - come close to a feudal society, in which the boss and his closest aides are well off, bossing around the thousands of dependent and equal ordinary citizens.

The model unfortunately reminds me of Prime Minister Borisov's intimidating manner - bossing around like a shameless, short-fused, bull-necked tyrant with a don't-bother-me-cause-I'm-too-busy expression. A model, which his PR machine deliberately imposes and Bulgarians seem to applaud. A model, which has been applied in forming his brainchild GERB party, in selecting the future members of parliament, the ministers, the new mayors. What all these have in common is the same lack of governing programs, priorities, principles, serious and in-depth analyses.

The trouble with this model – both in its economic and political version - is that it is very much mafia-like - it is all about personal charisma, force, ties and has nothing to do with universal tools and rules inherent in any democratic country.

The economic and political versions of this model are intertwined. Bulgaria can hardly boast of having a market economy. Its economy is built on political circles, upon which rise the economic circles.

This is a pretty sustainable model, having in mind that the boss can always rely on the European Union funds to bring money into his treasury (in fact he has been left with no other option). His poor subjects won't have many options either – flee abroad or just die out.

Democracy, socialist-style; the affluence of the west, combined with the equality of the east. This is what Bulgarians were pining for back in 1989 when the communist regime collapsed.

A few days before Bulgarians mark on November 10 the twenty-second anniversary since the communists overthrow I feel tempted to ask whether the country could have ended up differently.

I fear not, given that the opposition was so young and the capacity of the people so limited.

The reforms did not take place in the form of bloodsheds and violence. It was an intellectual effort that ended up in the hands of people, who just were not the right people for the job.

It is up to the current political elite to reform this system, but do they really want to do so?