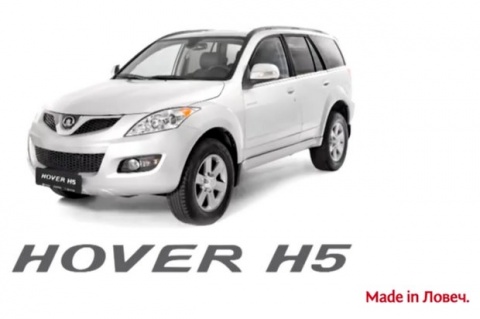 Prices for the Chinese Great Wall Hover, manufactured in Bulgaria, will start from BGN 28 699. File photo

Litex Motors is launching on the Bulgarian market TV commercials for the Great Wall vehicles it would manufacture in partnership with the Chinese company with the same name.

The video clips are 100% Bulgarian-made, and are unprecedented since this is the very first commercial about vehicles shot in Bulgaria and entirely destined for the Bulgarian market, according to Litex Motors.

The company further announced the commercials will be very interactive and with the participation of leading Bulgarian star actors.

Production is likely to begin by the end of the year amid expectations for a furor not least because of the cars' low prices.

Voleex C10, a small supermini-class hatchback, will be tagged at BGN 15 990, Value Added Tax (VAT) included, making it the cheapest car not only in Bulgaria, but across the whole of Europe.

The other two models of the Chinese-Bulgarian joint venture will also break price records for a large SUV and pickup. Prices for the Great Wall Hover will start from BGN 28 699 and for Steed, from BGN 24 499, VAT included.

The vehicles to be manufactured by Great Wall Motors and Litex Motors in Bulgaria's Lovech premiered at the autumn fair in the city of Plovdiv, which will open on September 26.

The total initial investment is around EUR 80 M, potentially reaching EUR 300 M if the project is successful. The cars are expected to be sold under the Great Wall badge, boosting the firm's output from around 400,000 at present.