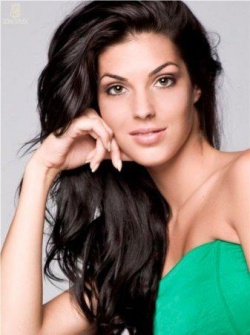 The Bulgarian beauty won 51.5% of the votes in the online poll that was active on missosology.org from October 18 until November 6. The Bulgarian is followed by Miss Georgia and Miss Philippines.

Vanya Peneva has told the BGNES news agency that she is "extremely happy" for finishing first in the online poll, pointing out that the choice of the people is "the most important and the most sincere one."

The 60th Miss World will be announced on Sunday in London.

A record 122 beauty queens from all around the world are taking part in the pageant, which will be broadcast live to more than 150 countries.

Miss World 2010, Alexandria Mills of the United States will crown her successor at the end of the event.