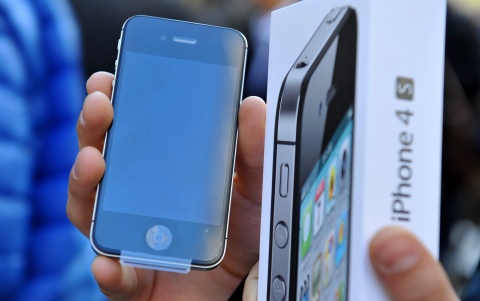 A proud Apple customer shows off the new iPhone 4S he purchased at an Apple store in Munich, Germany, 14 October 2011. Photo by EPA/BGNES

The iPhone 4S, Apple's fifth-gen smartphone, would go on sale in fifteen countries, including Bulgaria, this month, the company announced.

The iPhone 4S will be available for preorder on November 4 except in Albania, El Salvador, Guatemala, Malta, Montenegro and Panama, it said.

Apple said the iPhone 4S will be available in more than 70 countries by the end of the year.

The iPhone 4S was launched on October 4, one day before Apple co-founder Steve Jobs died following a long battle with cancer.

Computer fans and experts in the field have insisted that the newly launched iPhone 4S stands just for "iPhone for Steve".