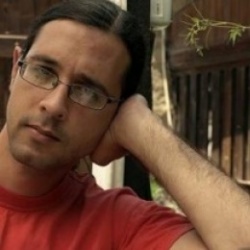 As Bulgarian ruling GERB party made a convincing win at presidential and municipal elections last Sunday, Western media were swift to hail a victory of "rightist" and "pro-Western" forces, apparently blind to a rather grimmer reality on site in the country.

While GERB winning presidential candidate Rosen Plevneliev indeed has the much-flaunted European image of a successful businessman and minister, elections in Bulgaria were marred by a wave of violations unprecedented in the 20 years of Bulgarian democracy since 1989.

What is more, behind a facade pleasing for the Western reader, the cabinet of Bulgarian PM Boyko Borisov, GERB's leader, has in recent days made a number of moves that question its bona fide democratic record.

A glaring instance of those is the tongue-in-cheek stance that PM Borisov and Minister of Education Sergey Ignatov have taken, facing budget cut protests by the Bulgarian Academy of Sciences.

In a highly non-transpartent budgeting policy move, the Borisov cabinet all of a sudden unveiled the state budget for 2012 right amid the election tumult a week ago.

It then surfaced that state spending for the Academy, already depleted by 40% in 2011, will face another 9% reduction 2012, facing Bulgaria's oldest research institution with death by starvation.

Throughout 2009 and 2010, in an already hostile environment, BAS effected important internal reforms that cut spending and were welcomed by cabinet.

When end of 2010 senior state officials announced a draft legislation aimed at destructuring the Academy and putting it under the umbrella of the Ministry of Education, all non-GERB political groups in Parliament, composed of traditional political archenemies, unprecedentedly united to against cabinet proposals to broker a deal.

A year later, when GERB felt its power boosted by securing the presidential seat and a plurality of the local authorities, the cabinet is unscrupulous in pushing toward what is more obvious than ever to be an unrelenting push towards the single-handed destruction of Bulgaria's top research institution.

It remains to be seen whether when assuming power in January 2012 president-elect Plevneliev will live up to his European image or will be just as some speculate a Borisov pupped destined to entrench GERB's domineering approach.