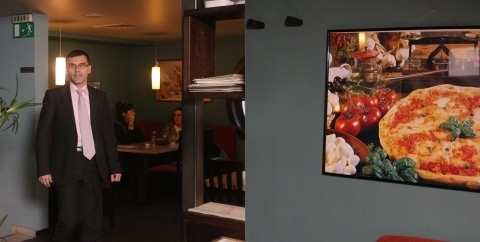 Bulgaria's government approved on Monday the draft budget for 2012, which aims at a budget deficit of 1,35% of gross domestic product, a growth of 2,9% and inflation of 2%.

"It's going to be a difficult year in financial terms," Finance Minister Simeon Djankov told reporters. "The budget is drafted in such a way that it will make sense even if economic growth is slower than the macro-economic forecast, down to 1 or 2%."

The government hopes that bringing down the budget deficit will shield the economy from the blows of the European debt crisis.

The government decided to increase the minimum monthly wage from BGN 270 to BGN 290 by the second quarter of next year.

There are also plans to redirect significant funds from the security sector to education and culture. More money has been allotted for science and justice, while the budget for security agencies have been cut.

The complete package of tax and budget policies of the cabinet of the ruling, center-right Citizens for European Development of Bulgaria party (GERB) were discussed last Friday during an emergency meeting of the so-called Three-Way Council between the government, the trade unions, and the business.

The business and the trade unions were successful in convincing Djankov that the fiscal reserve must remain at the current BGN 4.5 B. Initially, the draft budget included the option for the fiscal reserve to go down to BGN 3 B, if needed.

After the cabinet gives the green light to the budget, it will be tabled for debates in parliament.