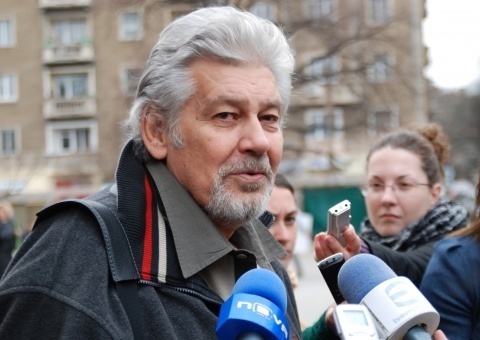 The third season of the series "The Punishment" was delayed after the movie star, favored by several generations of Bulgarians, was nominated by the opposition, left-wing Bulgarian Socialist Party (BSP) to run on their ticket as vice-president along with Ivaylo Kalfin.

After the nomination, political opponents argued that it was not legal to place Danailov in a privileged position, compared to other runners, by featuring him in a star role every week along with a large number of commercials about the series, aired almost daily.

At the time, the Chair of the Council for Electronic Media, CEM, Georgi Lozanov, told the Bulgarian Dnevnik daily that the issue was very debatable and there were arguments both for airing the series and stopping it.

"At the end, a product, which was not planned as a political one, turned to be political and this is not at all the fault of the TV channel. On the other hand side, if they wish to be correct, they could postpone the airing for after the elections, but this immediately triggers the issue of financial losses and program line-ups," Lozanov is quoted stating.

The Central Election Commission, CEC, said they would not take a stand on the issue and would examine the case only if someone officially requests it.

BSP declared there was no reason to stop the series, adding either way – it would be good for them, because even if it is stopped, everyone would talk about it.

Initially, bTV announced the new season will debut in the fall, but failed to give an exact date. The management later designated October 31 as the day for the premiere, saying the date had been planned before Danailov's nomination anyway.

Danailov, Culture Minister in the Socialist-led Cabinet in 2005-2009, is also known both for his roles in emblematic movies from the communist period, and most recently for being one of the leads in the series "Staklen Dom" ("Glass Home") - considered the most successful series made so far for Bulgarian TV.