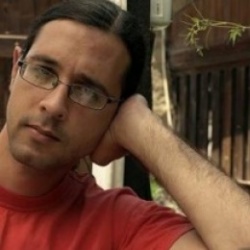 The original meaning of the Greek word demagogue is “leader of the people.” Taking this into account, we have but to agree with renowned Bulgarian analyst Ivan Krastev’s thesis recently voiced in Die Presse, that politics is in Bulgarian PM Boyko Borisov’s blood. The strong support of Borisov’s GERB party in last week’s first round of presidential and local elections in Bulgaria comes to bear on that.

At the same time, what happened last Sunday and in the days to follow gives strong and worrisome reasons to believe that the “politics” at hand here is deviating at an accelerating speed away from the democratic ideal of popular self-rule by means of legitimately voted institutions, and towards a dubious model of a demagogical leadership.

1. The flood of troubles and straight out violations of the voting rules and procedures that he had to witness since Sunday took on proportions unheard of in recent Bulgarian history. Citizens who were arbitrarily denied the right to vote, arbitrarily cancelled ballots, voting controlled by local strongmen, GERB MPs carrying bags of ballots at the Sofia Electoral Commission... The list is too long and widely documented by Bulgarian media. It is also recorded by the many European observers who were so shocked by what they saw that they did not quite know what to say.

All of that – backed by the finely oiled election machinery of the ruling GERB party, which was using all methods allowed and illegal to solicit citizens into voting. Not to forget the seamless work of Bulgarian police. In the end, we had the palpable fruits of the fact that Minister of Interior Tsvetan Tsvetanov also took on the job of official head of GERB’s election campaign, tirelessly travelling across the country pre-election.

One is left worrying not only about the capacity, but also about the actual will on the part of GERB to rule as the democratic center-right party it sometimes tries to represent itself as being. The incapacity to organize the voting process according to strict legal rules is compensated by a virtuoso undercover discipline. The complete absurdity of the situation was sealed Thursday, when Bulgaria’s Central Electoral Commission divulged the final results of the presidential race a day and a half after the legally mandated 48-h deadline.

The violation of formal rules and the forgeries, some might say, did not tip the scales decisively in favor of GERB, who anyway received a strong electoral support Sunday. But the purposeful impotence to ensure to the citizens the conditions to exercise a basic constitutional right from which the legitimacy of power derives means to undermine the very notion of the state. And it also cancels any talk about justice and a better life for citizens.

Flawed elections 2011 are a symbol for the failure of the Borisov’s GERB government to do real politics and to fulfill the tasks that brought it to power back in 2009: to punish the presumed corrupt officials of the previous Three-way coalition, and to revive the economy.

2. Hours after the Sunday vote the Borisov cabinet staged the latest PR campaign of totally empty, but supposedly effective stunts. All of that would have been just a circus grown tedious, if it referred only to the “many new monasteries” that the cabinet had allegedly built, and the spontaneous donation of books for Bulgarian cultural centers. All the worse that one of the stunts involved Bulgaria’s state budget for 2012.

The unwillingness of cabinet to announce even the budget framework before the first round of elections was countered by the revealing of key parameters the very next day. This, together with some grossly emphasized details, makes the indisputable impression of a farce. Instead of implementing a transparent and thoughtful budget policy, the Borisov cabinet used the budget for populist ends.

Cheap trick no.1: The minimum wage, until recently stuck at BGN 250, will reach BGN 290 during 2012. Besides, there will be more money for education and culture and less for the police – some meager BGN 50 M transferred to education from the billion budget of the Ministry of Interior. Then cheap trick no.2: An estimated growth of 2.9% and a fantastic budget deficit of 1.3%, a champion in the EU. Bulgaria’s Minister of Finance Simeon Djankov has already had the chance to convince citizens of his acuity with forecasting GDP growth. The values for the last two budgets had to be revised. Alas, the growth estimate for 2012 is also likely to prove unrealistic. Some have pointed out that given the envisioned low deficit, Bulgaria’s fiscal reserve would have to be depleted by 1/3. Apart from that, the question of how to stimulate growth is not tackled yet again.

At any rate the cabinet’s goal is clear – to blur the vision of Bulgarian voters, who are to think that government is doing serious business, keeping the country a safe isle in the stormy European waters. This is a theme that PM Borisov brought on as early as when he disrespectfully cast his ballot minutes before end of voting Sunday – a theme that we will be obliged to listen to for long.

3. Be it effective or no, the revealing of budget 2012 is just the latest attempt on the part of the Borisov cabinet to create an effect without putting in any actual content. This is sure in harmony with the citizens’ fatigue with abstract democratic institutions and procedure, and their expectation for something simpler and more captivating – a phenomenon that many analysts have noted.

Such a thing the Bulgarian citizen can easily find in the image of PM Borisov and his relation to his own presidential candidate. Ever since the epic nomination of Rosen Plevneliev as GERB’s runner for October presidential elections, Borisov did everything he could to show who’s in charge and to what extent the presidential institution is going to be independent from the executive, in the event of Plevneliev’s election.

The Bulgarian PM frequently used to that effect moves that can only be interpreted as insulting for Plevneliev himself. The show culminated in GERB’s official press conference after the first round. There is no way a dignified candidate for head of state could allow someone to straighten his hear, or pull at his ear, even when the person doing that is the burly Boyko. (Yes, the Bulgarian PM did that, literally.)

Hence the claim (as issued e.g. by Ivan Krastev) that both Borisov and Plevneliev are “committed Europeans” can sound convincing only for Europeans unacquainted with the quaint palette of Bulgarian politics. Alas, just as GERB successfully used on a national scale vote soliciting methods used regionally by its arch-enemy, ethnic Turkish Movement for Rights and Freedoms – so here we have the perverse confirmation of the insolent statement of the Movement’s controversial leader Ahmed Dogan 4 years ago that “vote-buying is a European phenomenon.” And what about rule by means of gang- and clan-like relations, instead of rule by virtue of institutions and legal rules?

Rosen Plevneliev’s presidential candidacy from a structure operating the way GERB does, and, what is more, the fact that Plevneliev himself allowed such behavior on the part of PM Borisov, delegitimizes right from the start all claims about a democratic potential, all talk of responsible commitments, all referring to a political left and right.

We can count that the nice fa?ade with tales of minimum budget deficit, European People’s Party, firm promises, monasteries and road infrastructure will hold on. However, if electoral trends are maintained and GERB grabs the run-off presidential vote Sunday, behind this fa?ade, a creeping form of pseudo-democracy will continue to entrench itself in Bulgaria, a rule by a quasi-authoritarian party that has grabbed all positions of power and that is leading the people the way it, the party, and it, the people, understand the notion of “leading”.