Stuntman Injured during Bulgaria 'The Expendables' Filming Placed on Respirator 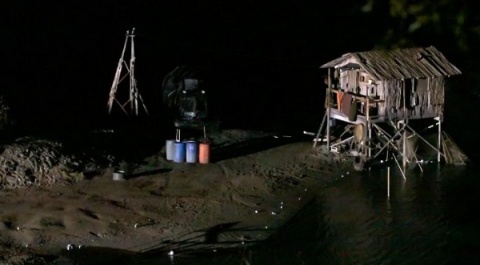 The location where the fatal incident happened overnight, during the shooting of Hollywood blockbuster The Expendables. Photo by BGNES

The foreign stuntman, who was injured during the filming of the sequel to hit Hollywood action movie "The Expendables," underwent a 5-hour-long surgery Friday.

The doctors from the Sofia Tokuda hospital inform that the patient is on life support and on respirator, and is monitored by doctors round-the-clock.

The surgeons' team included a number of specialists – in stomach surgery, orthopedists, and urologists.

The stuntman is identified as Sun Nu O – an American citizen with Chinese origins.

The incident happened overnight, in a water reservoir near the town of Elin Pelin, outside of the Bulgarian capital Sofia, while filming a stunt with a fake bomb explosion on a rubber boat.

Two stuntmen were in the boat – one of them died on the spot while the second one was taken to Tokuda and listed with severe trauma. The first reports were for one casualty and two injured.

The Bulgarian Interior Ministry informs they will conduct a second probe at the location later Friday.

"The Expendables 2", which is been shot at the NU Boyana Studios in Sofia, has brought an array of Hollywood action movie legends to Bulgaria such as Arnold Schwarzenegger, Silvester Stallone, Bruce Willis, Jean-Claude Van Damme, Chuck Norris, and Jason Statham among others.