Sport Halls, Schwarzenegger, Lepa Brena...Stop It before It's Too Late for Bulgaria's PM! 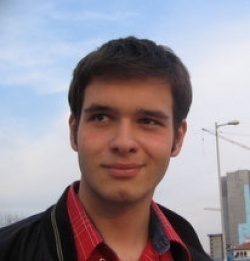 Bulgaria's Prime Minister Boyko Borisov has had every reason to be overexcited recently (save for the disastrous state of his country's economy).

Not only has he enjoyed his favorite activities – playing football and cutting ribbons at official ceremonies – but he has had his pictures taken with real celebrities.

Two weeks ago, Borisov met with Arnold Schwarzenegger. The former governor even flatteringly joked that Borisov is worthy of joining the star-packed team of "The Expendables 2". For some reason, the Bulgarian Prime Minister's close pal, soccer legend Hristo Stoichkov, was also present at the meeting.

On Wednesday, Lepa Brena, one of former Yugoslavia's most prominent Turbo-folk singers, performed a song especially for the Bulgarian Prime Minister. Not only did she had her picture taken with him, but she praised the newly constructed Arena Armeets sports hall in Sofia, where she is to perform in December.

As all Bulgarians know, there is nothing in the world that makes Borisov more proud than that particular sports hall, not even his black belt in karate. He sincerely believes he will go down in history with that sports hall.

"Boyko is phenomenal!" Lepa Brena told Bulgarian media after she met with him.

Having in mind Borisov's easily inflatable ego, I am afraid his head may get too swollen and eventually explode, which would leave a whole nation without its leader.

That is why I hereby beg all celebrities scheduled to meet Borisov never to flatter him again. It is a question of national security.