Bulgaria May Become Subtropical by 2050 - WWF 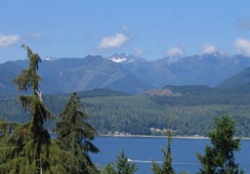 The spreading of new pests and diseases will be among the results of the climate changes that are going to affect Bulgaria in the following decades.

A drastic increase in the number of wildfires in the country is expected, which may jeopardize the Bulgarian forests and arable land, according to Georgi Stefanov from the international environment protection organization WWF.

A higher risk of floods is also expected, as ice caps will melt intensively.

On Wednesday, Stefanov took part in a working group meeting on Bulgaria's National Climate Change Action Plan 2013-2020. By end-January 2012, Bulgaria is supposed to have a plan for cutting greenhouse gas emissions in the period.

The average temperatures in Bulgaria's towns and cities has risen by between 1.2 and 2.5 degrees Celsius in the past 2 decades, while a 30% drop has been registered in average rainfall, the Bulgarian Academy of Sciences revealed following a recent study.

Furthermore, as much as 13% of the country's forest territory has disappeared over the same period, while snow covers have started melting 40% faster.