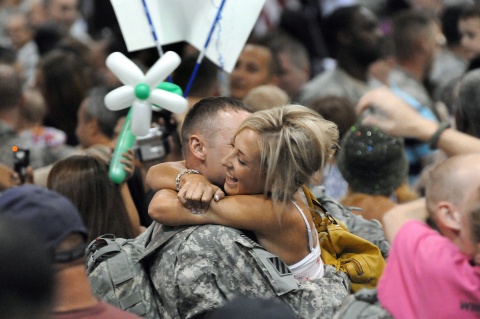 US President Barack Obama has announced that he is bringing all American troops back from Iraq at the end of 2011, closing out a war that has lasted nearly nine years.

Obama's decision is to end a war that cost the lives of 4 500 Americans and tens of thousands of Iraqis, which turned into a guerrilla insurgency after the Bush Administration send in US troops to topple the dictatorship of Saddam Hussein, arguing the notorious Iraqi dictator had weapons of mass destruction that could end in the hands of terrorists.

Obama's announcement of a complete withdrawal came after the White House and the Iraqi government failed to reach an agreement that would have left some US forces in Iraq to provide security and function as trainers, the LA Times reminds.

The White House said that all of the approximately 40,000 troops now serving in Iraq will come home by the end of 2011. Only a "normal embassy presence" will remain, a White House official said.

"Today I can say our troops in Iraq will definitely be home for the holidays," Obama said in an appearance in the news briefing room, as cited by The Los Angeles Times.

Earlier in the day, Obama took part in a secure video conference with Iraqi Prime Minister Nouri Malaki, in which the two leaders discussed the pullout.

"During their conversation, Obama and Maliki strongly agreed that this is the best way forward for both countries," another White House official said.

The end of the US military's role is supposed to fulfill a promise Obama made on the campaign trail in 2008, when he argued that the Iraq War diverted scarce resources from the fight against terrorism at a high cost to the American taxpayers. The war helped distinguish then-Sen. Obama from his main opponent in the Democratic primaries, Hillary Clinton.

As a senator, Clinton had voted to authorize the war. Obama, for his part, delivered a speech opposing the US invasion.

Obama made the withdrawal announcement one day after the killing of longtime Libyan leader Muammar Gaddafi, a development that some experts say vindicated his strategy for assisting rebel forces. The two conflicts underscore the difference in how Obama and his immediate predecessor wage war.

Where George W. Bush deposed Iraqi leader Saddam Hussein with a massive deployment of U.S. forces, Obama opted for different tactics in Libya, relying on an international coalition, intelligence and airstrikes to help force Kadafi from power, The LA Times points out.