Why Do They Want to Run for Sofia Mayor? 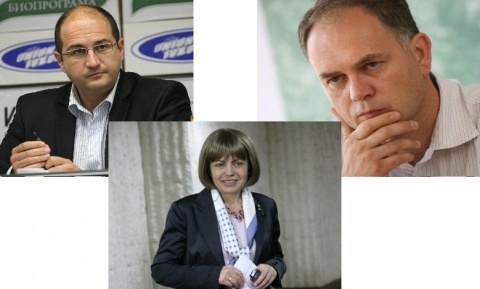 Here are the reasons that the top five candidates for Sofia mayor gave for joining the race for the prestigious post in various public appearances in the media during their pre-election campaign. The new mayor of Bulgaria’s capital will be elected on October 23. "I believe that over the last two years, after Sofia citizens put their trust in me, I showed that I can work hard and listen to what they have to say. The results of my efforts can already be seen. I have the strong desire and the potential to keep up working for Sofia fast development. Sofia can not afford to stop its development or slacken it pace." "I want to live in a much nicer city and I am confident I can put in practice what my program envisions in theory. I launched my pre-election campaign twelve months ago and changed my life so that I can understand how the citizens of the capital live today. My program is the result of thousands of meetings, it is not just a compilation of other people's programs. I promise that I will report every year on what I have done and what I have not. The citizens of Sofia will be given for the first time the chance to vow or withdraw their support for their mayor in a referendum." "I just want to have a mayor. I was born in Sofia, my grand-grandfather was born in Sofia, but it feels like lately the city has no mayor. Sofia is rolling with times and this is my message to the people. We need a change in the way we rule Sofia – I can do it because I have the support of the people and I m not afraid of anything." "Sofia badly needs new management with new people, who have built a career thanks to their efforts and talent only and went into politics after that. Sofia does not need political or economic puppets." "For the last eight years I have been waiting to see a mayor, who will convince me there is no need for me to run for this office. I have the necessary experience, I am a man of principles, one of the few who never hesitates to put on the table the economic issues that Sofia and the country faces. I won't let parties tell me what to do or say."