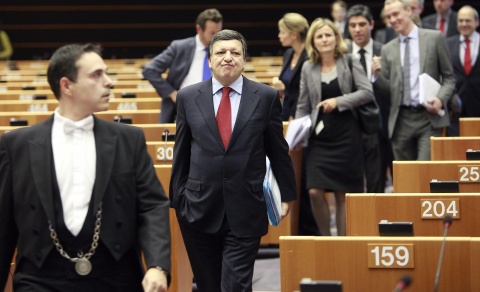 EU/Schengen member states "should avoid national populism" and allow Bulgaria and Romania to join the border check-free area solely on the basis of existing membership criteria, the European Parliament declared in a resolution.

MEPs called Thursday on the European Council to take the necessary measures to enable Bulgaria and Romania to join the Schengen Agreement, after their accession was formally vetoed by the Netherlands and Finland at the EU Home Affairs Council meeting in September 2011. The original deadline for Bulgaria and Romania's making it into Schengen was March 2011.

The EP voted Thursday by a large majority to reiterate its support for including both countries in the Schengen area.

Bulgaria and Romania "have fulfilled all the criteria" for joining, MEPs insist, adding the two Balkan states have fully implemented the Schengen rules, which is "the only prerequisite for their accession" to the border-free area.

The Parliament urges all Member States to decide on their membership "solely on the basis of the Schengen acquis and procedures". Additional criteria cannot be imposed on these two countries, stresses the EP, asking Member States to honor their commitments and "not to give priority to national populism".

The EP "populism" criticism refers to the political opposition on part of key Western European states to Bulgaria and Romania's Schengen Area accession regardless of their fulfillment of the technical requirements.

Also on Thursday, the MEPs rejected an amendment that would have asked the Commission to present proposals to strengthen the Schengen acquis, by incorporating in it additional criteria concerning organised crime and corruption.

"Both countries have fundamentally redesigned and reorganised their integrated border management systems by investing substantially in their law enforcement authorities (...) and have visibly reinforced their institutional and legal frameworks", underlines the EP resolution.

The MEPs stress the "constant support and solidarity shown by Bulgaria and Romania as reliable partners" in Southeastern Europe, along with their continual contribution to border security in this part of the EU.

The second vote on Bulgaria and Romania's bid to join the Schengen Area was held at the imitative of MEPs from the three largest political groups, the European People's Party (EPP), the Socialists and Democrats (S&D) and the Alliance of Liberals and Democrats for Europe (ALDE).

A representative of the Polish EU Presidency said Wednesday that the compromise proposal for a gradual accession of the two countries to Schengen, with air and water borders opening first, followed by land borders, had failed to summon the necessary support from the Justice and Home Affairs Council but had nevertheless persuaded France and Germany, the first opponents to Schengen enlargement, to vote in favor of Sofia and Bucharest.

The Polish Presidency representative further noted that Schengen expansion was on the list of priorities and the goal was to reach a decision in a short yet reasonable timeframe.

She also reminded of the proposal tabled earlier this year to draw up annual reports on levels of corruption in all EU countries.

Malmstrom insisted that it was time to make a decision on the two countries' Schengen bids, given that the membership requirements had been set in 2005 and could not be amended.

On 8 June 2011, the European Parliament gave a green light for Bulgaria and Romania's accession to the Schengen area with a large majority: 487 votes in favor, 77 against and 29 abstentions.

At a September meeting of the EU Justice and Home Affairs Council, however, the Netherlands and Finland vetoed Bulgaria and Romania's accession to Europe's visa-free Schengen zone, citing the two candidate countries' problems with tackling corruption and organized crime.