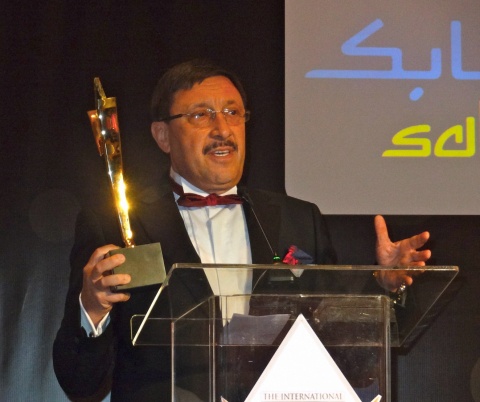 Michael Gallagher, CEO of the Stevie Awards, handed out the award at a gala ceremony, attended by ministers, members of the royal family and more than 500 representatives of the global business world.

In his speech Maxim Behar, CEO of M3 Communications Group, Inc., called on the world financial elite to invest in Bulgaria, which he described as Europe's business heaven.

The Stevie Awards honor and generate public recognition of the achievements and positive contributions of organizations and working people worldwide by raising the profile of exemplary organizations and individuals among the press, the business community, and the general public.

M3 Communications Group, Inc. is the first ever Bulgarian PR agency to be honored with the prestigious title while the CEO of the company, Maxim Behar, received a personal award for making it to the finalists in the category "Executive Director of the Year." "This year will go down in history as extremely successful for our company and this is thanks to our high-quality services, the great team and numerous clients. This recognition proves that all professionals who put in effort and passion in what they are doing, can succeed. But above all this prize is a big victory for Bulgaria and the Bulgarian business and in a very difficult year at that," Maxim Behar commented.

M3 Communications Group, Inc., founded in 1994, won in April this year the "PR Agency of the Year" prize of the Bulgarian Association of PR Agencies (BAPRA) after an assessment by an international jury.

Meanwhile it was named the "Eastern European Consultancy of the Year" for 2011 by The Holmes Report, the world's top independent research organization for communications and PR.

The company is an associate of the largest Public Relations & Public Affairs company in the world - Hill & Knowlton, part of WPP Group Plc, founded in 1927, and featuring 75 offices in 42 countries.

With more than twenty five years of public relations and journalistic experience behind his back, the company's founder and CEO Maxim Behar is a respected expert with an influence in Bulgaria's political and business life.