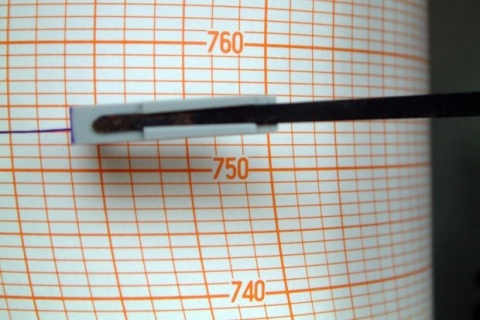 The epicenter of the earthquake that was registered on the northern Bulgarian Black Sea coast was 6 km from the town of Shabla. File photo

An earthquake with a 4.1-magnitude on the Richter scale was registered in the area of the northern Bulgarian Black Sea town of Shabla Tuesday evening.

The information was reported by the European Seismology Center and the Geophysics Institute at the Bulgarian Academy of Sciences, BAS. According to them, epicenter is located 65 kilometers from Varna, 22 kilometers from Kavarna and just 6 kilometers south from Shabla. The epicenter was at a depth of 20 kilometers. The shock was registered at 10:49 pm.

It was felt more strongly in Shabla and lightly in all municipalities of the Dobrich Region and several ones in the Varna Region.

The shock was lighter than the one on the summer of 2009 when a 5-point magnitude on the Richter scale quake was registered, making it the strongest one in Bulgaria in the last several years.

Currently, there are no reports of injuries and material damage from either quake.

The Shabla Mayor is quoted saying residents were frightened and went on the streets, but everyone is now home.

Later Tuesday morning experts from the Town Hall and Civil Defense are going to inspect buildings for possible damage.