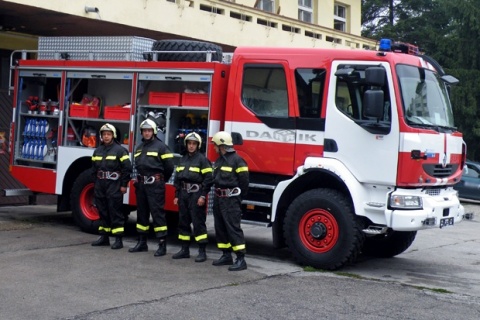 Understaffed and ill-equipped fire departments in small Bulgarian towns may be replaced by voluntary brigades. Photo by BGNES

Fire departments in small towns across Bulgaria may be replaced by voluntary squads.

To take effect, the measure aimed at improving rural firefighting needs the approval of the respective municipalities, the Bulgarian National Radio reported Tuesday.

At present, some municipalities in Bulgaria have one fire engine and one or two firefighters, which makes it impossible to fight a major fire, the Interior Ministry's Directorate-General for Fire Safety and Civil Protection announced.

To remedy the situation, the current fire units may be relocated to bigger cities, leaving volunteer brigades as a substitute.

The volunteer units will be instantly dispatched to the site and will start fighting the fire until backup from the nearby city arrives.

Bulgarian firefighters have drawn attention to another common problem, the nonfunctioning fire protection systems of a vast majority of buildings.