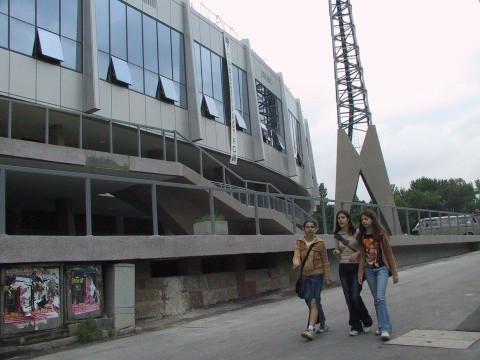 Traffic around the National Vasil Levski Stadium in downtown Sofia is coming to a standstill Tuesday evening over the Euro 2012 qualifier. File photo

The Euro 2012 qualifier between Bulgaria and Wales Tuesday evening is imposing a number of traffic changes in the area of the National Vasil Levski Stadium in downtown Sofia.

The Sofia City Hall informs that stopping and parking on all alleys around the stadium is banned from 8 am until midnight Tuesday as it is on Gen. Gurko Street between the Vasil Levski and Evlogi and Hristo Georgievi boulevards and on the bridge in front of the stadium.

If needed, on the assessment of police, all vehicle traffic could be banned in these areas after 5:30 pm., except for public transportation vehicles.

The football game starts at 9 pm and will be aired live on the Bulgarian National Television, BNT.