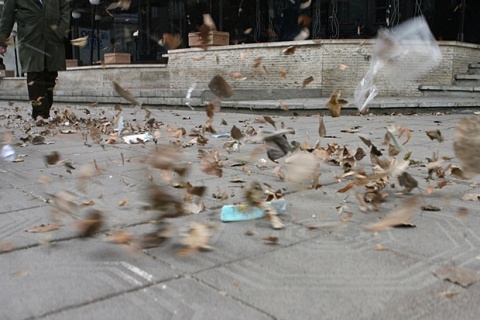 Eastern Bulgaria is bracing for a day of heavy rain, and strong winds, according to the national weather forecast. Photo by Sofia Photo Agency

Code yellow has been declared for seven eastern and northeastern Bulgarian regions Tuesday over the forecast for downpours and gusty winds.

Roads all over the country are wet, but passable, the Traffic Police report.

Heavy trucks and trailers are banned Tuesday on the Batak-Dospat road in the Rhodoppe Mountains. Vehicles over 10 tons are banned at the Vratnik, Shipka and Petrohan mountain passes in Stara planiva while at the Aytos one, the ban is for vehicle over 20 tons.