Who Is Who: Apple Co-founder Steve Jobs 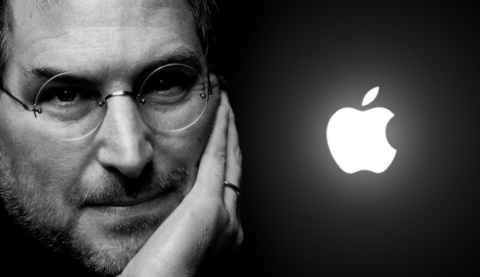 Steven Jobs was born February 24, 1955, in San Francisco, California to Joanne Simpson and Abdulfattah "John" Jandali, two University of Wisconsin graduate students who gave their unnamed son up for adoption.

He was adopted by Paul and Clara Jobs and grew up with one sister, Patty.

Clara worked as an accountant and Paul was a Coast Guard veteran and machinist.

The family lived in Mountain View within California's Silicone Valley.

As a child, Jobs enjoyed helping his father take apart and reconstruct electronics in the family garage.

A difficult child at school, though an excellent student, Jobs swam competitively, but was not interested in team sports or other group activities.

He showed an early interest in electronics and gadgetry.

After enrolling in high school, he spent a lot of time free time at Hewlett-Packard, where he attended lectures and participated in the Hewlett-Packard Explorer Club.

At HP Jobs he saw his first computer at the age of 12 and grew fascinated with the gadget.

HP President William Hewlett was so impressed with Jobs' work that he offered him a summer internship at the company.

After graduating from high school in 1972, Jobs attended Reed College in Portland, Oregon, for two years.

He dropped out after six months, took up a job as a video game designer with Atari, only to leave several months later, and went to India and study eastern religions in the summer of 1974.

In 1976, when Jobs was just 21, he and Steve Wozniak started Apple Computers.

They called it Apple Computer Company, in memory of a happy summer Jobs had spent picking apples.

They raised USD 1300 in startup money by selling Jobs's microbus and Wozniak's calculator.

At first they sold circuit boards (the boards that hold the internal components of a computer) while they worked on the computer prototype (sample).

Jobs had realized there was a huge gap in the computer market.

At that time almost all computers were so large that one could fill a room, and so costly that individuals could not afford to buy them.

Advances in electronics, however, meant that computer components were getting smaller and the power of the computer was increasing.

Three years after the release of their second model, the Apple II, sales increased 700 percent to USD 139 M.

In 1980, Apple Computer became a publically traded company with a market value of USD 1.2 B on the very first day of trading.

This was one of the most phenomenal cases of corporate growth in U.S. history.

However, the next several products from Apple suffered significant design flaws resulting in recalls and consumer disappointment.

By 1983 it was estimated that Apple had lost half of its market share (part of an industry's sales that a specific company has) to IBM.

In 1984 Apple released the Macintosh, marketing the computer as a piece of a counter culture lifestyle: romantic, youthful, creative.

But despite positive sales and performance superior to IBM's PCs, the Macintosh was still not IBM compatible.

The failure of the Macintosh signaled the beginning of Jobs's downfall at Apple.

Jobs resigned in 1985 from the company he had helped found, though he retained his title as chairman of its board of directors.

Jobs soon hired some of his former employees to begin a new computer company called NeXT.

In 1986 Jobs purchased a small company called Pixar from filmmaker George Lucas and invested USD 50 M of his own money into the company.

Pixar Studios went on to produce wildly popular animation films such as Toy Story, Finding Nemo and The Incredibles. Pixar's films have netted USD 4 B.

In December of 1996 Apple purchased NeXT Software for over USD 400 M.

Jobs returned to Apple as a part-time consultant to the chief executive officer (CEO).

Over the next six years Apple introduced a range of new products and marketing strategies.

Jobs is largely credited with revitalizing the company in the 1990s.

In 2003, Jobs discovered he had a neuroendocrine tumor, a rare but operable form of pancreatic cancer.

He postponed surgery until 2004, when the tumor was successfully removed.

In recent years, Apple has introduced such revolutionary products as the Macbook Air, iPod, and iPhone, all of which have dictated the evolution of modern technology.

In 2007, Apple's quarterly reports were the company's most impressive statistics to date.

Stocks were worth a record-breaking USD 199.99 a share, and the company boasted a staggering USD 1.58 B profit, an USD 18 B surplus in the bank, and zero debt.

In 2008, iTunes became the second biggest music retailer in America-second only to Wal-Mart.

Half of Apple's current revenue comes from iTunes and iPod sales, with 200 million iPods sold and six billion songs downloaded.

Early in 2009, reports circulated about Jobs' weight loss, some predicting his health issues had returned, which included a liver transplant.

Jobs had responded to these concerns by stating he is dealing with a hormone imbalance.

After nearly a year out of the spotlight Steve Jobs delivered a keynote address at an invite-only Apple event September 9, 2009.

As regards his family life, what is known is that Jobs fathered a daughter with girlfriend Chrisann Brennan when he was 23.

Jobs denied paternity of his daughter Lisa in court documents, claiming he was sterile.

Jobs did not initiate a relationship with his daughter until she was seven but, when she was a teenager, she came to live with her father.

In the early 1990s, Jobs met Laurene Powell at Stanford business school, where Powell was an MBA student.

They married on March 18, 1991, and lived together in Palo Alto, California, with their three children.