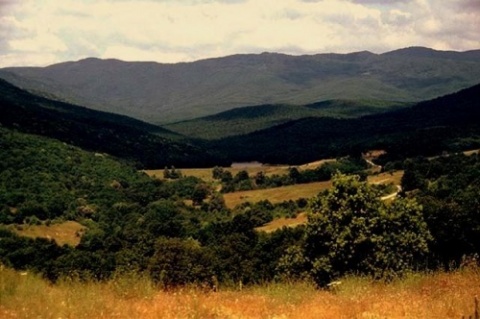 The European Commission has issued an October 15 deadline to Bulgaria to submit information on the notorious land and forest swaps made between 2005 and 2009.

The information was reported Wednesday by the Brussels correspondent of the Bulgarian National Radio, BNR, citing EC representatives.

The information pertains to establishing differences between the market prices of forest properties and administrative prices used when the swaps were conducted, even though there is no set deadline for the probe itself.

Bulgaria's land swaps became notorious, since they frequently involved attractive state lands exchanged for properties of much less value. Some 111 200 acres of state land have passed into private hands since 1998.

The Commission is investigating whether those constitute illegitimate State aid to private individuals and firms. Brussels has also reportedly pointed out 13 swap deals that must be annulled because of manifest breaches of legal regulations.

If the probe establishes that the swaps can be considered State assistance, those individuals, companies, and municipalities, who have benefited from them, will have to refund the State budget an amount equal to the difference in prices.

According to the person, who had submitted the latest claim with EC, and has asked to remain anonymous, the difference, stemming from 15 swaps is EUR 126 M. The first claim dates from July, 2008, and has been followed by another one. Brussels has also received information from different third parties.

The formal stance of the Borisov government is that the land swap deals are criminal acts designed to benefit certain firms and individuals by the former governments, and should not be construed as deliberate state aid to private companies, which would be a breach of EU competition regulations, and would mean sanctions for the Bulgarian state.

The cabinet of the ruling Citizens for European Development of Bulgaria, GERB, party, points out the practice had been halted in 2009, and the Prosecutor's Office is probing possible cases of corruption, including against two former ministers.

The EC decision to begin an official investigation of the swaps dates from June 2011, and involves 147 such swaps. It does not provide for on the spot inspections, but rather an exchange of information and documentation between all parties involved.

Dubious exchanges of state lands have led to the filing of charges against the Minister of Agriculture from the former cabinet Nihat Kabil.

Some of the swaps have gained notoriety as they were in favor of well-known businessmen and involved lands promising for developing tourism.

According to Agriculture Minister Miroslav Naydenov, the Bulgarian state lost between BGN 2 B and BGN 8 B from unfavorable land swap deals in 2001-2009.