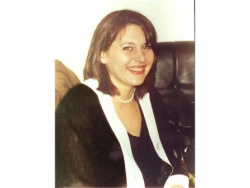 Georgieva was killed in her home in Sofia on February 28, 2000, suffering nine blows from a kitchen cleaver. Photo by 24 Hours daily

A prisoner claims to hold the key to one of the most mysterious murders of a lawyer in Bulgaria, committed back in 2000.

The man, identified as Iliya Nikolov, serves a sentence at the prison in the town of Lovech and argues he knows who killed lawyer Nadezhda Georgieva. Before he speaks out however he wants to strike a deal with the prosecutors and get his sentence reduced in exchange.

The new and crucial witness will appear in the court room on November 17, when the court saga over the murder, which has stretched over more than a decade already, will resume.