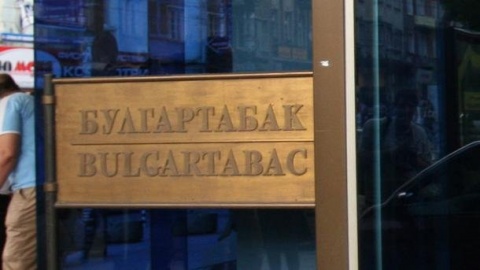 BT Invest, owned by Russia's second-largest bank VTB , won at the end of August a tender to buy a 79.8% stake in Bulgartabac for EUR 100 M. Photo by BGNES

The news was reported Tuesday by the Bulgarian National Radio, BNR, citing the Commission's decision, which came on the grounds the deal must be given a green light since it would not obstruct effective and loyal competition.

Strategic investors have been deterred by the obligation to purchase Bulgarian tobacco.

It remains unclear who exactly is behind BT Invest.

"This may happen any minute as the contract bans the resale of the holding in the next ten years, but does not ban a change in the ownership of the new owner BT Invest," Traikov told the morning broadcast of Nova TV channel on Tuesday.

Asked whether the deal is profitable enough for Bulgaria, the minister replied:

"I would say this is a decent deal. This deal had to be signed. I am glad it did not flop again. We raked in the money, pulled the liquidity from the company. I have done everything I had to do in my capacity of minister."

Bulgartabac acquisition by VTB may prove to be more profitable for the holding than expected, as the new owner will most probably first modernize it and then resell it to strategic investors, according to the minister.