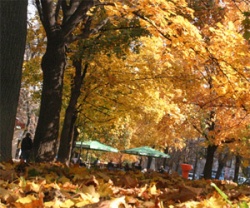 Autumn finally came in Bulgaria on Friday, putting an end to the country's summer days.

Relatively cold weather has marked the past several days before the official start of the autumn in the Balkan state.

During the equinox, the length of night and day across the world is nearly, but not entirely, equal.