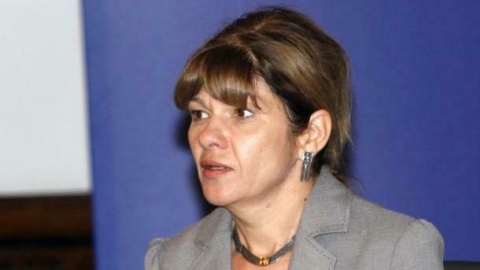 Bulgaria's Environment Minister Nona Karadzhova has sought to quiet down public fears over the shale gas exploration permit granted by the Cabinet to US energy giant Chevron.

In end-May, US energy giant Chevron won a shale gas drilling permit in Novi Pazar, Northeast Bulgaria, with a EUR 30 M bid. British company BNK Petroleum, which also took part in the competition, was ranked second. According to preliminary estimates of the companies which applied for the Novi Pazar block, total reserves of shale gas come in at 300 bcm - 1 trillion cubic meters.

Grave environmental concerns among the Bulgarian public have led several civil society organizations and eco NGOs to stage protests against the exploration for shale gas because of the pollution it would bring to soil and underground water in the respective regions.

"Right now we have no way of pronouncing on whether the activities for shale gas exploration are dangerous or not since no specific technology has been selected for that," Environment Minister Karadzhova said after Wednesday's regular meeting of the Bulgarian Cabinet.

She reminded that Bulgaria's shale gas exploration contract with Chevron will enter into effect only after the execution of the respective environmental impact assessment under the Biological Diversity Act.

This could happen only after the investor gives the Environment Ministry its entire plans for exploration and drilling, the eco minister explained.

"We will be able to make a pronouncement when we have the drafts and the estimates how the exploration will influence water, biodiversity, and human health. Right now I can't force the Supreme Expert Council at the Environment Ministry to make a decision about something that is unknown. We cannot put the cart in front of the horse. Sometimes investors don't table their plans for years," Karadzhova declared.

The environmental impact assessment procedure of the Bulgarian Environment Ministry itself could take up to three years.

"Nothing that can harm the waters can happen. I don't know what this tension is all about. I totally understand the people but I think that somebody is constantly "cooking" something," concluded the Environment Minister.

Earlier this week, Bulgaria's Prime Minister Boyko Borisov attracted public criticism when he reacted strongly to a protest against the shale gas exploration during a visit in the northeastern city of Dobrich.

Clearly irritated by local protesters, Borisov told them to "stop nagging" him over shale gas, and threatened to sign a contract with Chevron "out of stubbornness" if he was not let alone. A day later he apologized reluctantly for his words, and confirmed he has no intention to sign contracts "out of stubbornness."

Karadzhova announced that the Prime Minister had asked her institution to provide research as to whether the drilling and extraction of shale gas poses threats.

"As the Prime Minister told you, even if there is the slightest risk, we will not allow it," the Environment Minister promised.