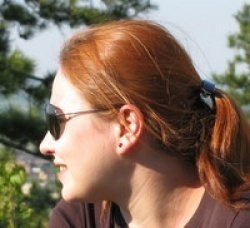 Rosen Plevneliev, the presidential hopeful of Bulgaria's ruling center-right party GERB, whose nomination was announced as late as September 04, found himself all of a sudden midstream in a smear pre-election campaign.

On September 09, Interior Minister Tsvetan Tsvetanov, who is also head of GERB's election headquarters, announced that the former Regional Development Minister, being a businessman in 2007, had been invited to pay EUR 500 000 by  three municipal councilors to secure ownership of a plot of land on the territory of Business Park Sofia owned by the Sofia Municipality .

According to Tsvetanov's report, Plevneliev discussed the matter with him, mentioning that he had no intention of reporting it to the authorities or getting involved "in such a mechanism".

In an unexpected turn of events, the first thing Plevneliev had to do as a presidential candidate was to defend himself from "friendly fire".

Then Prime Minister Borisov and onetime football sensation Hristo Stoichkov stepped in to defend him.

It was clumsy and overdone.

GERB failed to promptly get its act together after Tsvetanov dropped the bomb. Opponents, at the same time, were quick to start keeping track of the collateral damage.

Plevneliev was the first to misstep in the blackmail scandal.

His first unfortunate decision was to call a 7-minute press-conference-turned-soliloquy.

The decision to bar journalists' questions, combined with presidential runner's haste to turn a deaf year to the vocal accusations of concealing a crime, created the impression that he was unwilling, perhaps unable, to face the attack.

Holding a public office, not to mention the most public office, means that one must be able to counter (verbal) assaults in a convincing manner, instead of withdrawing into the snail shell.

Apart from that, throughout his brief explanation, Plevneliev placed special emphasis on not being asked in person to pay a bribe.

He also highlighted that the offer had been quite vaguely phrased.

The intervention of mediators, however, does not automatically exculpate him.

Neither does the wording.

Bulgaria's Penal Procedure Code obliges both citizens and officials to notify structures of pretrial procedure or other state organs if they know that a general crime has been committed.

Apart from that, magistrates are good at reading hints.

Six days after Tsvetanov's notorious message of praise,  Borisov  gave as much as three televised phone interviews, deploying his all too familiar counterattack tactics to shift the blame onto the Bulgarian Socialist Party, which "should have blown the whistle, given that it had municipal councilors who knew and an Interior Minister from their party".

Besides, Borisov noted, Plevneliev was too good-natured and Western-oriented and did not have the    "police mentality" to predict that things would go that way.

The latest to join the defense choir was former Bulgarian striker Hristo Stoichkov, who distributed an open letter in support of Plevneliev.

Stoichkov, a highly temperamental member of Bulgaria's dream team that finished fourth at the 1994 World Cup and one of the country's all-time greatest athletes, has suffered a deteriorating public image on home soil over his remarks about the prevailing feelings of malice and envy in the country and the statement that "Bulgaria has given me nothing. The people either", for which he offered an apology.

On September 15, Stoichkov said that "the very same failed politicians", who were busy hurling unfounded accusations at Plevneliev, had offered him to solve his problems with the Bulgarian tax authorities "in exchange for payment".

Stoichkov obviously did not feel like contacting the authorities either, choosing to simply sidestep "the mechanism".

"However, Bulgaria already has machos like me, Plevneliev and Borisov, who are ready to fight till the end. All that are toiling on the assembly line for compromising materials against us are like a sheep without history", Stoichkov fumed, urging Bulgarians to back Plevneliev for the sake of a better future for the country.

To sum up, the blackmail scandal has betrayed several alarming aspects of Bulgaria's political and governmental landscape even before the judiciary has had the chance to speak.

It has metastasized into common knowledge that things run smoother in Bulgaria with the help of "brokers".

Both citizens and government officials are reluctant to refer corruption cases to the state organs in charge.

Bulgarians need a police mindset to get a foretaste of their civic duty to report crimes.

Or is it too busy waging battles for more and more power?

Will it continue to stay out of "such mechanisms"?