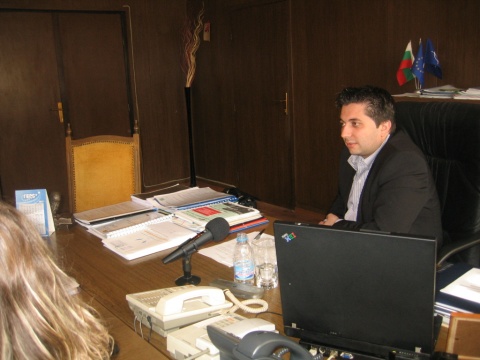 Nikolay Nankov, 28, is the new Deputy Minister of Regional Development and Public Works. Photo by BGNES

Nikolay Nankov, District Governor of the northern Bulgarian city of Lovech, has been appointed Deputy Minister of Regional Development and Public Works, according to the government's press office.

Several days ago, Prime Minister Boyko Borisov said he had held talks with the new Regional Development Minister, Lilyana Pavlova, who was to suggest 7 or 8 candidates for the post she left.

Pavlova left office as a deputy to step in for Rosen Plevneliev, who resigned as Regional Development Minister after being nominated as the presidential candidate of Borisov's GERB party for the October 23 elections.

He has a degree in Geography and an MA in regional development and governance.

Nankov will be replaced by Vanya Sabcheva, senior expert at Lovech's Municipal Administration.