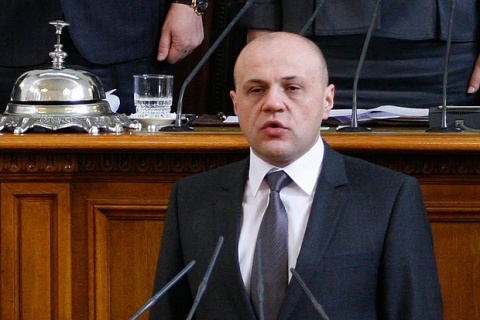 Bulgarian EU Funds Minister Tomislav Donchev has been proved wrong in his claims that the country will not longer be able to tap EU funding for inftastructure. Photo by Sofia Photo Agency

The European Commission has given assurances that Bulgaria will remain entitled to EU funding for the construction of highways and other roads.

The Tuesday statement came in response to allegations that EU money would be relocated away from infrastructure to environmental and energy projects and innovations.

Several days ago, Bulgarian EU Funds Minister Tomislav Donchev announced that the country may have to defend the need for investment in road projects before the 27-member bloc.

"It must be clear that the next budget framework will be very different. The end of generous funding granted to projects benefiting the EU and separate member states is near", Donchev declared.

He also explained that EU funding granted to a state would become tied to public spending, with cuts being the most likely penalty for overstepping the 3% budget deficit threshold.

On Tuesday, however, EC spokesman for industry and enterprise Ton van Lierop assuaged fears by saying that "We would like to put an emphasis on projects related to the Europe 2020 strategy, but a group of countries, including Bulgaria, will still have access to the Cohesion Fund. It will stay available for the financing of infrastructure projects. We recognize that some member states need to catch up on infrastructure, which is why this fund will remain in place".

In the course of the interview for the Bulgarian National Radio (BNR), however, Lierop specified that the European Regional Development Fund and the European Social Fund would be oriented towards the priorities under the Europe 2020 strategy to ensure the introduction of innovations, energy efficiency and a productive social policy.

"We are already working with Bulgaria on such projects", the EC spokesperson added.