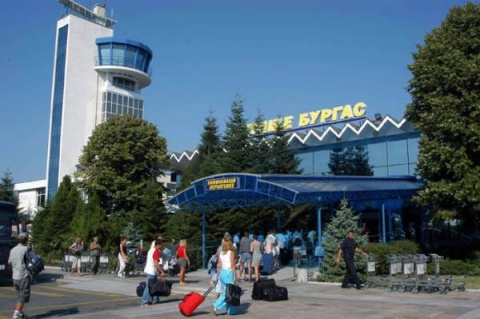 The group of 300 Russian tourists stuck at Burgas Airport was prevented from boarding the Friday morning flight home due to a debt of BGN 7 M to Bulgaria Air, said Antonia Atanasova, spokesperson of Bulgaria's national air carrier.

The debt made the airline company cancel all flights booked by the tour operator, as well as all of its blocked and yet unpaid-for seats on planned flights to Moscow and Saint Petersburg, bTV reported.

Atanasova offered Bulgaria Air's apologies and called on the passengers using the services of the tour operator to seek information from the heavily indebted company.

Al other regular flights to Russia are executed according to schedule.

A meeting is now being held in Sofia between representatives of the two parties to put an end to the situation.

In the meantime, representatives of the Russian consulate visited the Burgas Airport and negotiated food and water supplies for the stranded passengers.

At this stage it remains unknown when the Russian tourists will make it back home.

According to earlier reports, the tour operator is Alma Tour, established in 1991, and a member of the Bulgarian Association of Travel Agents with offices in Bulgaria, Russia, Romania, Hungary and the Baltic countries.

Approached for comment earlier Friday, the company attributed the problem to a technical error and insisted that the flight had been paid for.