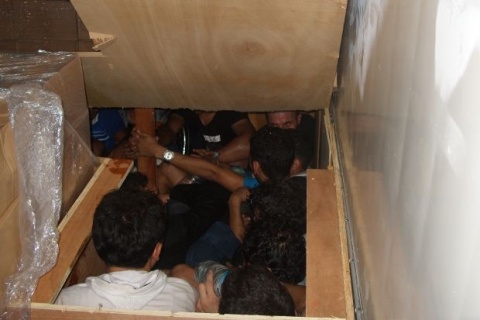 A total of 17 illegal immigrants were found crammed in a car pulled over for a routine inspection at the Kulata crossing point on the Bulgarian-Greek border on Wednesday.

The vehicle had a Polish number plate and was supposed to carry flat bread for doner kebabs according to the transport documents.

The men had no identification documents and told border authorities that they were from Iraq, Morocco, Kuwait and Afghanistan.

The driver, a 35 year-old Polish citizen, and the illegal immigrants were detained, with notifications filed to a prosecutor and the Greek border authorities.