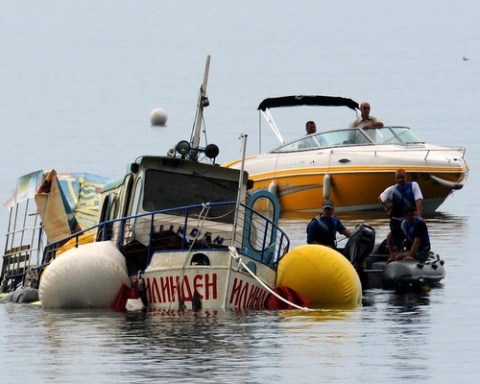 Bulgaria marks Monday two years since the tragic incident in which 15 Bulgarians drowned in Macedonia's Ohrid Lake on the Ilinden tour boat.

The families of the drowned tourists will receive EUR 4 500 for each fatality from the insurance company. Regardless of that they are asking additional compensations from the Macedonian Transport Ministry, the head of the navigation office of the Ohrid Lake and the two defendants. A separate claim will be launched against German company Lloyd for certifying the Ilinden ship as safe.

On the day of the 2-year anniversary of the tragedy, Vladimirov told the Bulgarian National Radio, BNR, he saw three different versions in the case's outcome: the trial to conclude very quickly after the magistrates rule there have been serious violations of the law and return it with instructions to the Ohrid Court; the Prosecutor's Office to increase the number of defendants, based on the conclusions of the higher instance, and the case to referred to a second instance – the Appellate Court in the Macedonian town of Bitolj.

Meanwhile, the Chair of the Initiative Committee "September 5th," Kancho Georgiev, told BNR the memorial for the Macedonian people who helped in the rescue effort, mounted by Bulgaria, has been robbed and destroyed several times.