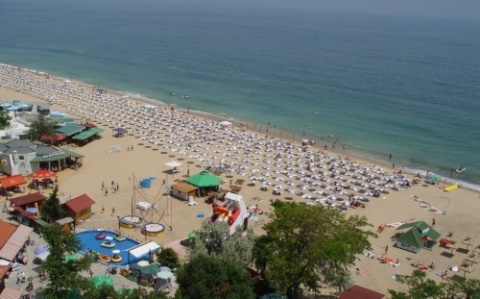 A Polish teenager, 17, had sustained very serious injuries after falling from a height of 8 meters in the Bulgarian Golden Sands beach resort.

The news was reported Tuesday by the largest private TV channel bTV.

The young man has been taken to the St. Anna hospital in the nearby Black Sea city of Varna where he has been placed on life-support. He is listed with brain hemorrhage and a broken jaw and his condition is critical.

The Polish tourist had been found unconscious by hotel employees. According to initial information, he had fallen from the emergency stairway, but it remains unclear what he had been doing there.

Witnesses are quoted saying the teen had been visiting his girlfriend, also from Poland, who was in a different hotel.

There is no proof so far the victim had elevated alcohol blood level.

The strong 2011 summer season in Bulgaria has been tarnished by several similar incidents, and reports of alcohol binging and food poisonings.

In mid-July, a 13-year-old German girl died in the Golden Sands resort after she was sucked in by the pump of a hotel swimming pool.