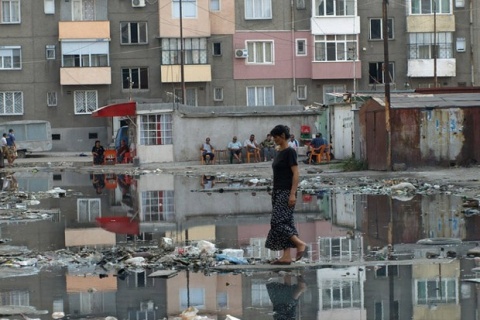 The Stolipinovo Roma neighborhood in Plovdiv has registered an alarming incidence of hepatitis A infections in August. Photo by darik news

The Regional Health Inspection in Bulgaria's southern city of Plovdiv has registered a total of 144 cases of hepatitis in August.

According to the report, 34 of the 144 cases were located in the city's Roma ghetto, Stolipinovo.

The majority of patients were of Roma ethnic origin and children, the watchdog announced.

Most of the cases were of hepatitis A infection, but 10 of the probes raised suspicions of hepatitis B and C.

According to Doctor Milena Kolarova, head of the Epidemiological Control department at the Plovdiv Regional Health Inspection, the cases of infection are epidemiologically unrelated.

Doctor Kolarova told journalists Thursday that extra preventive measures had been taken such as frequent garbage collection from Stolipinovo and other residential districts, as well as regular disinfection of the areas surrounding garbage containers.

Apart from that, Kolarova informed, meetings had been held with Roma non-governmental organizations to educate the population about the causes and symptoms of the contagious liver disease.

She also explained that it was too early to speak of a hepatitis boom, but the situation was pre-epidemiological and steps had been taken to ensure adequate medical service in the case of an emergency