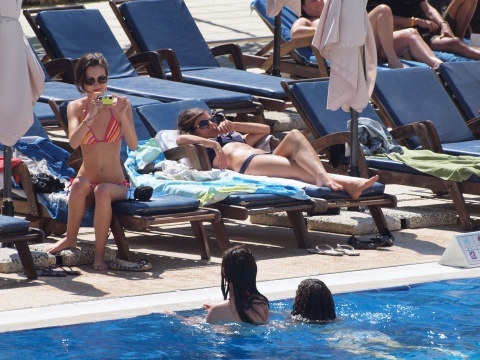 Bulgaria's accommodation industry saw a tangible increase in the number of hotel stays in Q2 2011. Photo by BGNES

Data from the Bulgarian National Statistical Institute (NSI) is confirming the various reports that Bulgaria's tourism sector is enjoying a very strong summer season in 2011.

The total revenue from tourist accommodation (i.e. hotel room and apartment stays) in Bulgaria in the second quarter of 2011 reached BGN 165.3 M, an increase of 14.4% year-on-year compared with the same quarter of 2010, NSI announced Thursday.

The accommodation income from foreign tourists in Q2 is reported to have increased by 16.1%, while that from Bulgarian tourists – by 10.3%.